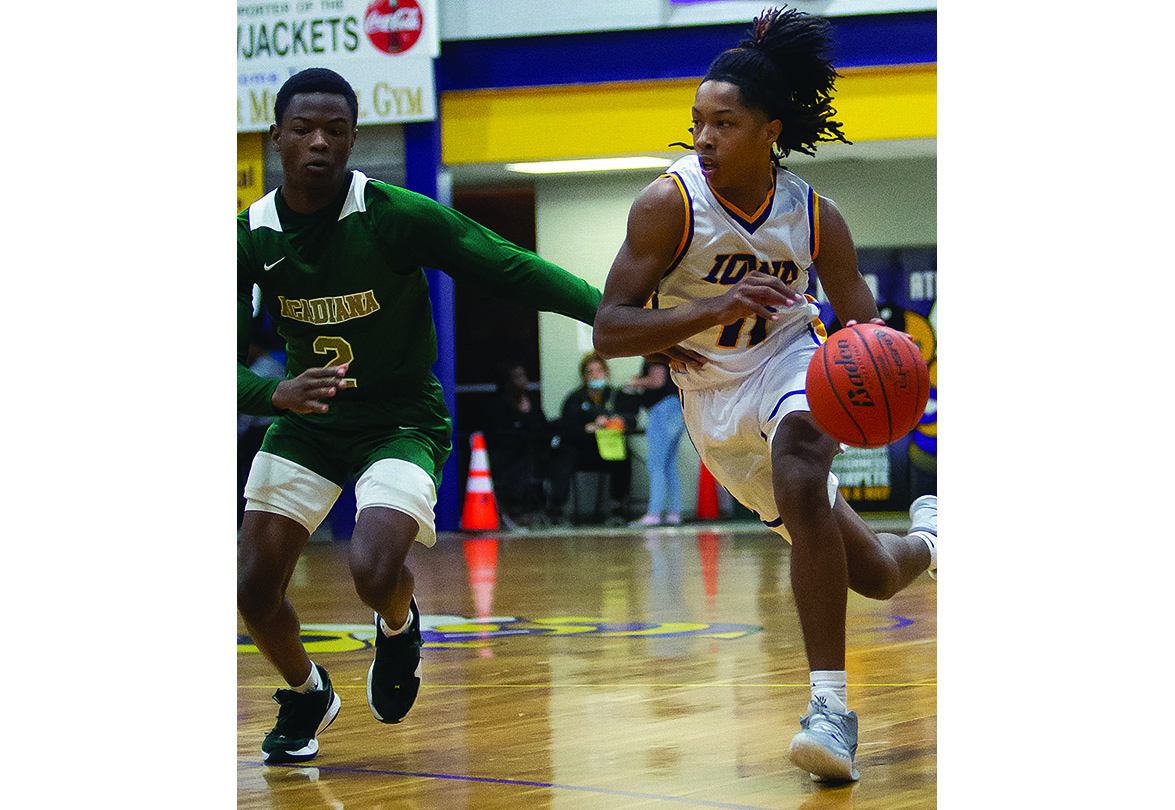 The early front-runner in District 4-3A could emerge tonight when Iowa’s veteran squad hosts an up-and-coming Lake Charles College Prep.

“We have a very tough district,” LCCP head coach Sean Andrus said. “Every game is very tough, and getting through Jennings and going to Iowa is just the next step.

“(Robert) Melancon is a very good coach, and he is going to have his guys coached up. It will be a great environment.”

Iowa has most of its starters back from last season. With plenty of depth, the Yellow Jackets regularly shuttle the entire lineup into action. Sophomore point guard Desa’monte Gradney has played some big games lately, including 32 points Tuesday, but the Yellow Jackets have plenty of other options.

“Each night it has been a different kid step us for us offensively,” Melancon said. “Landon Langley, Dashawn Ceasar, Curtis Deville along with Desa’monte, who had a really good scoring night the other night. Even Crajaun Bennett is starting to come around for us.”

Iowa is led defensively by Jhaylen Moss and Kendrick Jasmine and is 8-1 when holding opponents under 50 points. Melancon said he’s counting on that defense tonight.

“We have to bring the same intensity that we brought against Westlake, especially on the defensive side of the ball,” Melancon said. “Our best offense is our defense.

“We are going to have to get after them defensively and take care of the ball on the offensive side.”

Since starting the season 4-5, the Trailblazers have won nine of their last 10 games, allowing more than 50 points twice in the span while starting four sophomores.

“We are very young, but we have made a lot of progress,” Andrus said. “The guys have been working hard and coming together as a team.

“Our communication is getting better on the defensive end of the floor, so that has helped us a lot. At the beginning of the season we were not trusting each other. The key for us is just playing solid defense and keeping (Iowa) out of the paint and not turning the ball over.”

Westlake was rolling until Tuesday’s loss to Iowa but can quickly get back in the race with its high-scoring offense that averages more than 68 points a game.

The Saints are led by senior guard Bryson Hardy, who scored 23 points in the Saints’ district opener.