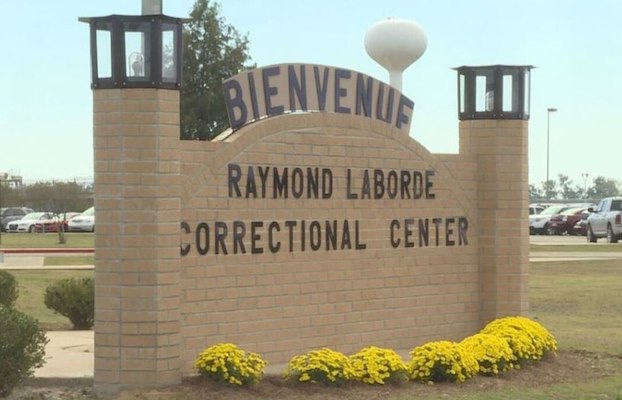 A tire fire burning at a shuttered waste tire processing facility since Sunday in Cottonport has prompted the Louisiana Department of Corrections to relocate about 1,500 inmates from the nearby Raymond Laborde Correctional Center.

The fire is located in a rural area of Avoyelles Parish. Fire departments from Cottonport and the surrounding area have responded to the site, and the Louisiana State Fire Marshal’s Office has joined with the Louisiana Department of Environmental Quality in overseeing efforts to extinguish the fire.

“The State Fire Marshal’s Office has been engaged since Sunday both in investigative and mitigation roles. The agency has worked to develop fire suppression strategies with local and state partners as this is a unique fire due to the remote location and its lack of access to sufficient water supply. Those challenges have led to the involvement of private resources in the suppression efforts, which are ongoing. The investigation is also active and ongoing,” State Fire Marshal Chief H. “Butch” Browning said.

According to LDEQ responders, the fire at Cottonport Monofill is about 35 percent under control and confined to the site. Heavy equipment is on site to excavate dirt to cover and smother the burning material and more equipment is being moved to the site. Pumps are being used to access water in on-site ponds which is being applied to the fire. Light plants are being assembled to allow the watering to continue night and day. LDEQ officials did not have an exact estimate of when the fire would be brought under control because of shifting winds that are complicating firefighting efforts.

“Out of an abundance of caution, and in consultation with LDEQ and the State Fire Marshal’s Office, the Louisiana Department of Public Safety and Corrections is evacuating approximately 1,500 prisoners from Raymond Laborde Correctional Center,” DOC Communications Director Ken Pastorick said.

Once the evacuation is completed, prisoners will be allowed to call loved ones to let them know they have been safely evacuated. The DOC is asking relatives to be patient, due to the large number of prisoners, this will take some time to complete.”