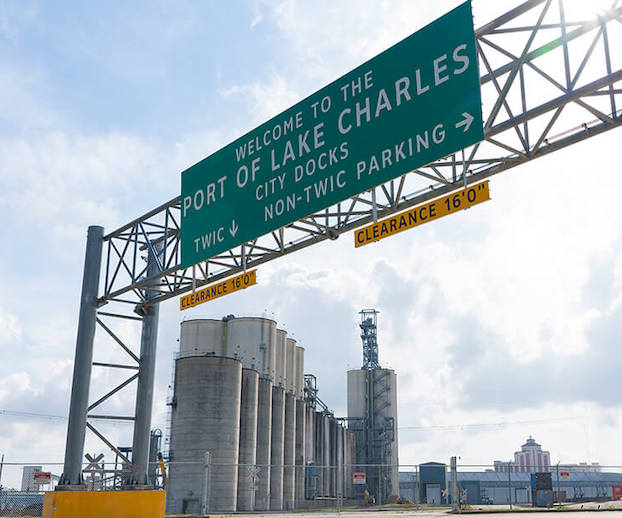 Richert Self, Port of Lake Charles executive director, told a U.S. House subcommittee Wednesday that the port needs more federal disaster relief immediately to fully rebound from the destruction caused by Hurricanes Laura and Delta.
At a virtual hearing of the House Homeland Security Subcommittee on Border Security, Facilitation and Operations, Self said the port suffered an estimated $241 million in damages from the 2020 hurricanes. As the nation’s 14th busiest port district, the federal money it has received so far doesn’t come close to meeting those needs.
“We’re not just some place far away that had a bad year that needs money,” Self said. “America depends on Lake Charles more than it realizes. What we do affects the pocketbooks of your constituents.”
Self said the port has spent more than $25 million from its cash reserves on hurricane-related FEMA projects. The port has only received $1.1 million from FEMA, he said.
Self said the port and the Calcasieu Ship Channel are referred to as “America’s energy corridor.” He said the port is a national leader in the oil and gas industries, and in moving liquefied natural gas worldwide. Over the past two years, the port has also moved more than 1,300 wind energy components along the Gulf and East coasts.
U.S. Rep. Clay Higgins, R-Port Barre, criticized the “slow pace” of federal funding making its way to the port. As the subcommittee’s ranking member, he said the sluggish approval of related funding from agencies like FEMA is “an unnecessary injury on top of injuries.”
Higgins said the government and national media have focused on the COVID-19 disruptions at ports in California and New York. Meanwhile, the Port of Lake Charles has faced similar challenges, coupled with the 2020 hurricanes.
Higgins said the port is the nation’s seventh fastest-growing seaport. A recent economic study indicated that the Ship Channel’s activity in 2020 had a $39 billion economic value nationwide.
Ensuring ports are fully functional is key to the nation’s economic recovery, Higgins said. He said the federal government needs to work on both sides of the aisle when it comes to disaster recovery.
“We’re all subject to it,” he said.

Area braces for blast of cold