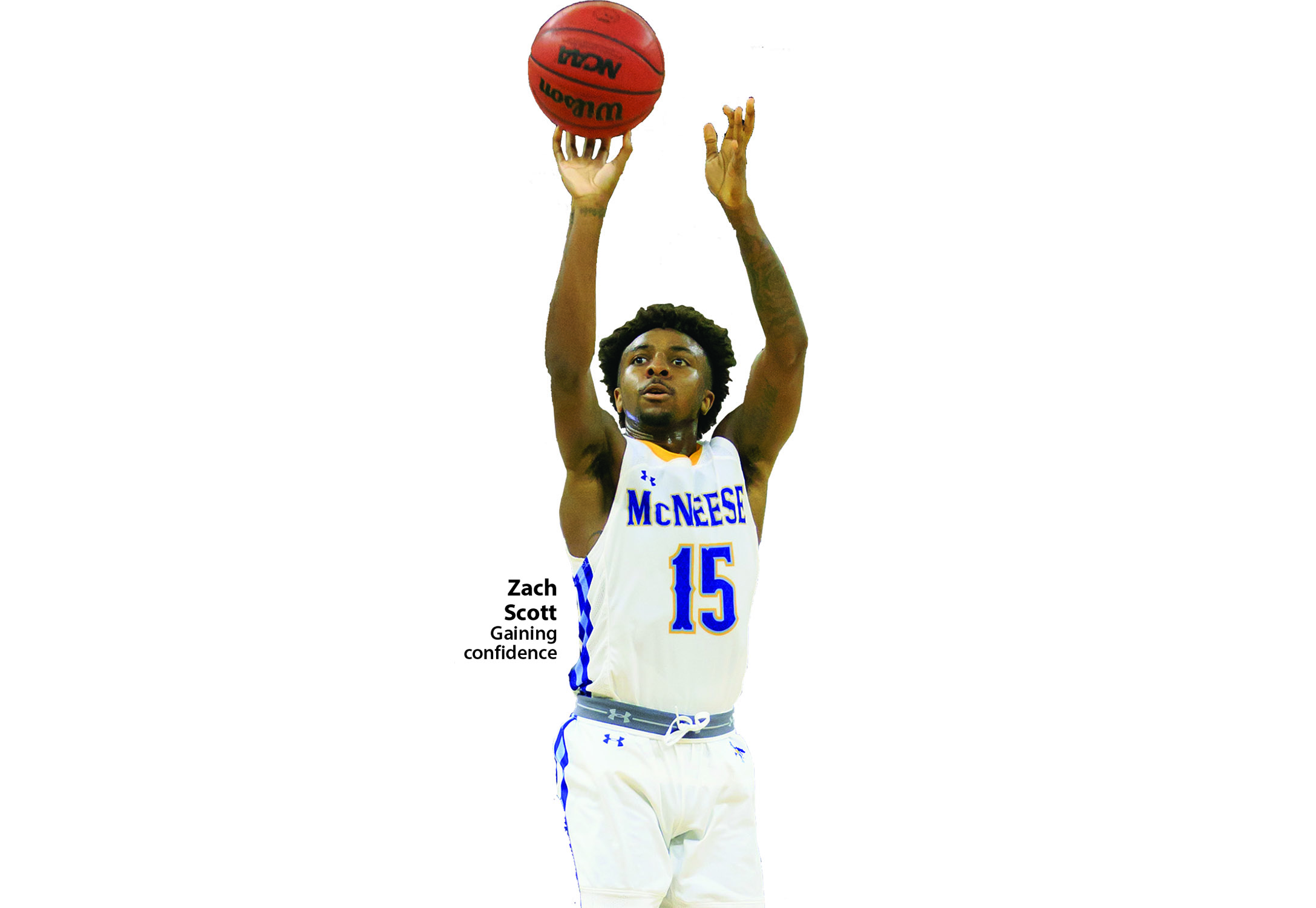 From the moment the ball left his hand, Zach Scott knew it was good.

“No doubt about it,” the McNeese State junior guard said.

The celebration began Saturday as the clock hit triple zeroes and Scott’s 3-pointer fell through the net.

But the game was not over. Officials put 0.9 seconds back on the clock, giving Houston Baptist one last chance.

“We had to quickly refocus,” Scott said. “They had to push the crowd back off the court.”

The desperation heave failed and Scott was the hero of the Cowboys’ 78-75 win in the Southland Conference opener. Now the real celebration was on.

Scott and teammates raced to the student section where they were they got the feeling they were part of the university.

“Things went crazy,” Scott said. “That was such fun. It was a true college experience, the type you see on TV.”

For Scott, it was a shot he will always remember on a day he won’t soon forget.

“The moment was great,” he said. “We were just so excited to be back in the Legacy Center. It was a perfect way to end it.”

Last year the 6-foot-4, 175-pound Scott struggled on and off the court. He averaged 3.6 points in his first year with the Cowboys (7-11) after transferring from Florida Gulf Coast, which is 2 hours from his home in Miami.

“Everything we had to go through, then my dad got sick back home, it was a lot that was going on,” Scott said. “Last year just didn’t sit right with me.”

Scott made the tough decision to come back and play for the Cowboys and new head coach John Aiken even as others left the program.

“The easy way was to go some place else and start over,” he said. “I talked to my parents and said I wasn’t going to do that. I wanted to fight through it.”

And now Scott is being rewarded for his work.

Coming off his career-hight 24 points on Saturday, Scott has his season average up to 8.3 points a game. He has reached double digits in six of the last seven games and is averaging 17.3 over his last four while hitting 25 of 46 shots from the field.

“I think this is just the tip of the iceberg for Zach,” Aiken said. “He has worked so hard on his game. We are seeing him become the player we know he can.

“Add to that, he is a great person to be around. He is always smiling and staying positive.

“I have said all along, when we get into our own gym we will shoot better and be a better team offensively. Zach is a big part of making that happen. He is only going to keep getter better and better.”

What Scott wants most is to have more moments like Saturday when he can enjoy it with fans.

“That was just what we wanted,” he said. “We want to see that excitement.”