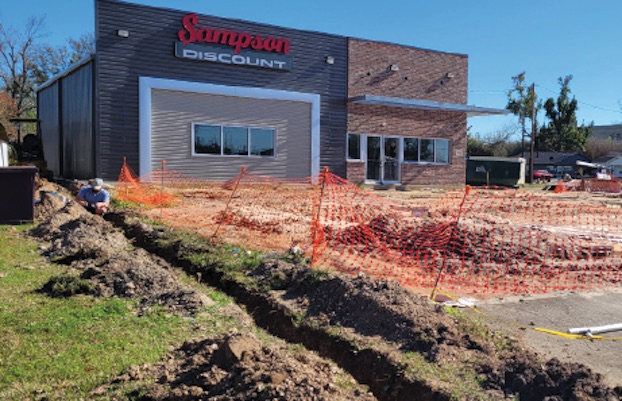 A new convenience store, a new hair salon with a Christian boutique and an Ace Hardware Store are among the new businesses soon to open in Westlake.

Nineteen business occupation licenses were filed in Westlake in 2021. Among those were five new restaurants, three retail locations and two landscaping companies.

Not only is Westlake growing in its number of businesses, but also geographically with the addition of property previously outside the city limits. This change will put the new Isle of Capri Casino wholly within the Westlake city limits.

A new economic district was established last year along the river that offers special tax and other incentives to private investors.

Infinity Hair Salon on Sulphur Avenue in Westlake had served customers since 2006. Hurricane Laura left it a pile of rubble. Owner Kellie German realized the “rawness of the event,” she said. With the rebuilding of the salon, she began to ask herself if the salon provided a service the community really needed, was she using her gifts to serve faithfully? Her soul searching resulted in the addition of the Christian boutique to the business mix.

Sampson Discount at 1122 Sampson, with its Shell fuel station, will open soon.