George Swift column: Takeaway from Chamber banquet is that area in good hands 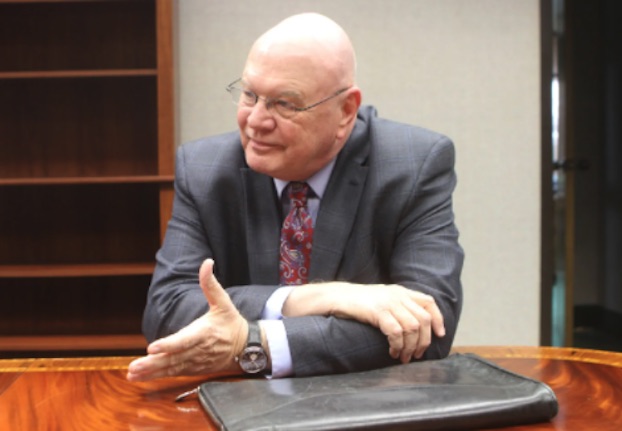 The Chamber SWLA held its 118th annual banquet Jan. 13 at Golden Nugget Casino Resort. New officers and board members were introduced. Kay Fox, vice president of marketing and member services for Beauregard Electric, took the gavel as chair of the board for 2022. Based in Beauregard Parish, Kay brings a regional perspective to the Chamber SWLA and Alliance as we represent the five parishes of Allen, Beauregard, Calcasieu, Cameron and Jeff Davis.

Though not able to attend, 2021 Chair Jim Giffin of Edward Jones was thanked for his leadership last year. Jennings Mayor Henry Guinn welcomed guests on behalf of the elected officials in the region. The banquet theme was “Putting the Pieces Together: The Future of SWLA.”

A series of speakers discussed aspects that will determine our region’s recovery and future. Paul Rainwater, a DeQuincy native, talked about his efforts to lobby with Gov. John Bel Edwards and members of the Louisiana Congressional Delegation for federal recovery funds. Efforts are underway to secure another $1 billion for Southwest Louisiana.

Louisiana Transportation Secretary Dr. Shawn Wilson had a video message about progress on a new I-10 Bridge for Lake Charles and potential federal funds from the Infrastructure Bill.

Lake Charles native State Sen. Sharon Hewitt of Slidell discussed her role as chair of the Senate Governmental Affairs Committee. Sen. Hewitt, along with her House counterpart, Rep. John Stefanski of Crowley, are heading the state’s redistricting efforts, which affects all state and federal districts. The Redistricting Legislative Special Session has been called for Feb. 1.  The Chamber SWLA, Jeff Davis Chamber, Acadiana Chamber, and One Acadiana in Lafayette are united to keep our congressional district as much intact as possible.

Josh Anderson, a Barbe High School senior, gave a youth’s perspective on the “Just Imagine SWLA” campaign led by the Community Foundation. Josh urged the attendees to text: Hello Lake Charles #LCCT4 to 337-545-2445 to participate in a survey about planning efforts for the area’s recovery and rebuilding.

To wrap up the speakers, former State Sen. Willie Mount challenged us all to get involved and help chart our future. There’s no one better than Willie to fire us up and help us realize our potential.

A large and small business were recognized for their efforts to promote diversity among the workforce. Thomas Clemons, vice chair of the Chamber’s Business and Diversity Task Force, presented awards to Tony’s Pizza and Stine, Inc.

Christina Joyce Wilson, HR director of the Calcasieu Parish Police Jury, was announced as our Volunteer of The Year award winner for heading the Leadership SWLA program the last two years.

To conclude the program, The Civic Service Award was presented to Willie Landry Mount for her outstanding and tireless efforts to support many area organizations.

Despite natural disasters and COVID, our region is poised for continued growth. The leadership exhibited at the Chamber SWLA Banquet demonstrates our region is in good hands.