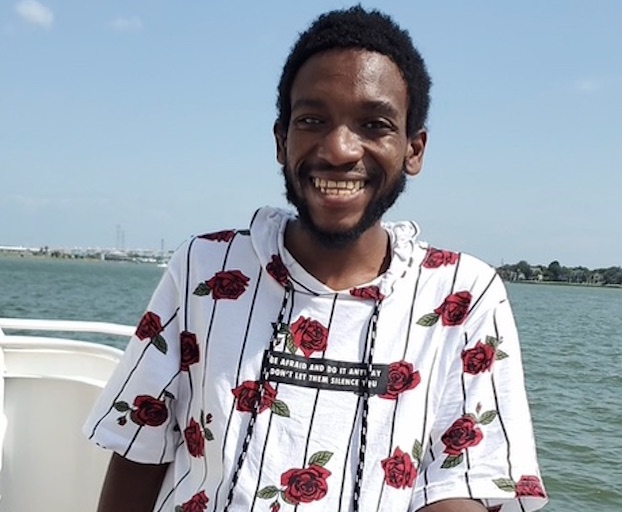 The body of William Woodson was discovered Jan. 6 outside a residence in Oretta. He was 25. (Special to the American Press)

The family of a man found murdered in Oretta earlier this month is mourning the loss of a life they say did not deserve the brutality he suffered.

Andrea McLain said she is still struggling to find a way to convey to her three young children why they will not be seeing their father again.

“They’re 5 years, 4 years and 3 years old, so it’s hard for them to understand. I have tried telling my 5-year-old that her daddy got his wings, but she still expects him to come home. It’s heartbreaking,” she said.

The children’s father, 25-year-old William Woodson, was found murdered Jan. 6 outside of a residence in the Oretta community.

Just after midnight that morning, Beauregard Parish authorities said they were called in response to a man’s body found lying on the ground, and when they arrived they were met with a horrific scene.

“It was gruesome, it really was. There’s really no other way to describe it,” Beauregard Parish Sheriff Mark Herford said.

Autopsy results say Woodson suffered multiple injuries to his head and neck from both blunt and sharp objects, and his throat was cut. The mother of Woodson’s children said she was told a broken metal bat may have been responsible for most of the injuries.

“It’s hard to think about; that something so brutal happened to William. He wasn’t in a gang and he wasn’t on the streets. He wasn’t the type of person to do anything that would have brought that on himself, but it’s especially sickening because he was disabled,” McLain said.

In 2019, McLain and Woodson were walking along La. 27 when an 18-wheeler struck Woodson and threw his body 165 feet through the air. McLain said it was a miracle Woodson survived, but the accident left him blind and numb on his entire left side. He was forced to use a walker for mobility, and McLain assisted him with physical therapy.

“I sit here and I think about how vulnerable he was in that moment and it’s so hard to think about. It’s hard to want answers when there are none right now. Just, why? Why did someone have to do that to him. He could never have been considered a threat to anyone,” McLain said.

Within 12 hours of the discovery of Woodson’s body, Beauregard authorities arrested 23-year-old Samuel Laughlin and charged him with second-degree murder and obstruction of justice. If convicted, Laughlin could face life in prison without release.

Detectives have said that the two men were acquaintances, but they are still struggling with finding a motive to fit such a heinous killing.

“So far in the investigation we have not been able to establish a motive, or any kind of animosity or hard feelings even between the two. We are still investigating,” Herford said.

Sources have told the American Press the area where Woodson’s body was found is often referred to as “the corner” and has been the location for several recent narcotics arrests that include methamphetamine.

Herford said because the investigation is ongoing he could not comment on details, but did say that toxicology tests on samples obtained from Laughlin are pending.

McLain said she is still left with more questions than answers, but that she is now focusing on finding a way to preserve Woodson’s memory for his children and support them without Woodson, who was their only financial support.

“The last time the kids saw him was Christmas morning. We still watch the videos I took of them waking him up early to open their presents. I’m grateful for those memories. William had the biggest and best smile, and he loved his kids. That’s how we will remember him. For the kind heart and loving soul he was. And we’ll wait for justice, because that William does deserve.”