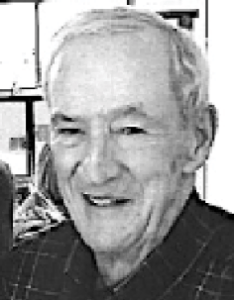 Stanley Scott Brandenburg, formerly of Lake Charles, La., passed away Thursday, Dec. 23, 2021, in Georgetown, Texas, due to complications from several strokes. Born in Waterloo, Iowa, Dec. 22, 1932, to Stanley Martelli Brandenburg and Geraldine Scott Brandenburg, Stan was a graduate of Kemper Military Academy and Drake University, a member of Sigma Alpha Epsilon fraternity, a navigator in the United States Air Force, a member of Ben Hur Shrine Temple, a “skilled” golfer, and a lifelong St. Louis Cardinal fan. Through the years he ushered and served on several building committees for churches in various cities where he and Cheri lived. He spent his professional career in the lumber and building products industry, for many years with the Weyerhaeuser Corporation, and ultimately owning and operating Southwest Lumbermen’s Supply Company in Crowley, La., from 1984 to 2000.

Stan and Cheri then moved to Sun City, Texas, where he was an active participant and had many founding/leadership roles with the Sun City Shrine Club, neighborhood committees, Veterans Memorial Plaza committee, Iowa Club, St. Louis Club, Rotary Club and the Bushwhackers.

He was a member of Christ Lutheran Church in Georgetown.

Stan was a loving, devoted husband, father, and grandfather, faithful and “loyal to the end” friend. He did what he promised to do and always tried to make things better.

A memorial service was held at 10 a.m., Dec. 30, 2021, at Christ Lutheran Church in Georgetown, Texas. Inurnment was at the Central Texas State Veterans Cemetery in Killeen, Texas, on Jan. 4, 2022.

In lieu of flowers memorials may be made in Stan’s memory to the Shriners Hospitals for Children.