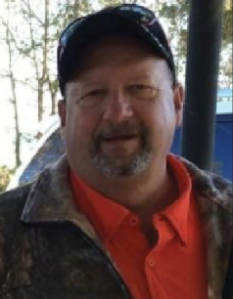 Barry was a lifelong resident of Lake Charles where he Graduated from Barbe High School. In his earlier years, Barry worked for Don’s Carwash and then became employed with Onyx Industrial Cleaning in 1989 until 2002.

He is preceded in death by his parents, Ronald and Betty Soileau; and an uncle, Roland Soileau.

Visitation will be held at Hixson Funeral Home of Lake Charles on Sunday, Jan. 16, 2022 beginning at 4 p.m. until 8 p.m. with a rosary to be prayed at 6 p.m. and will resume Monday, Jan.17, 2022 at 9 a.m. until the time of services. Funeral Services will be held in the funeral home at 2 p.m. Burial will be at Consolata Cemetery. Barry’s son-in-law Clay Fontenot will officiate at the services.

Barry wanted to express a “very special thank you” to his very dear friend, Jeff Beam for donating a kidney when he was in need. This selfless act of a great friend gave Barry another 20 years of life to spend time and make memories with the people that meant the world to him, his family and his friends.

A special thanks was also asked by Barry to be given to his Aunt Ethel Smith who cared for and treated Barry like her own son when his mother passed away and also to Dr. Abu Shamat, Dr. Kaleb Pourciau and their staff for the care and compassion they gave Barry for the last several years.

Fond memories and expressions of sympathy may be shared at www.hixsonfuneralhomes.com for the Soileau family.