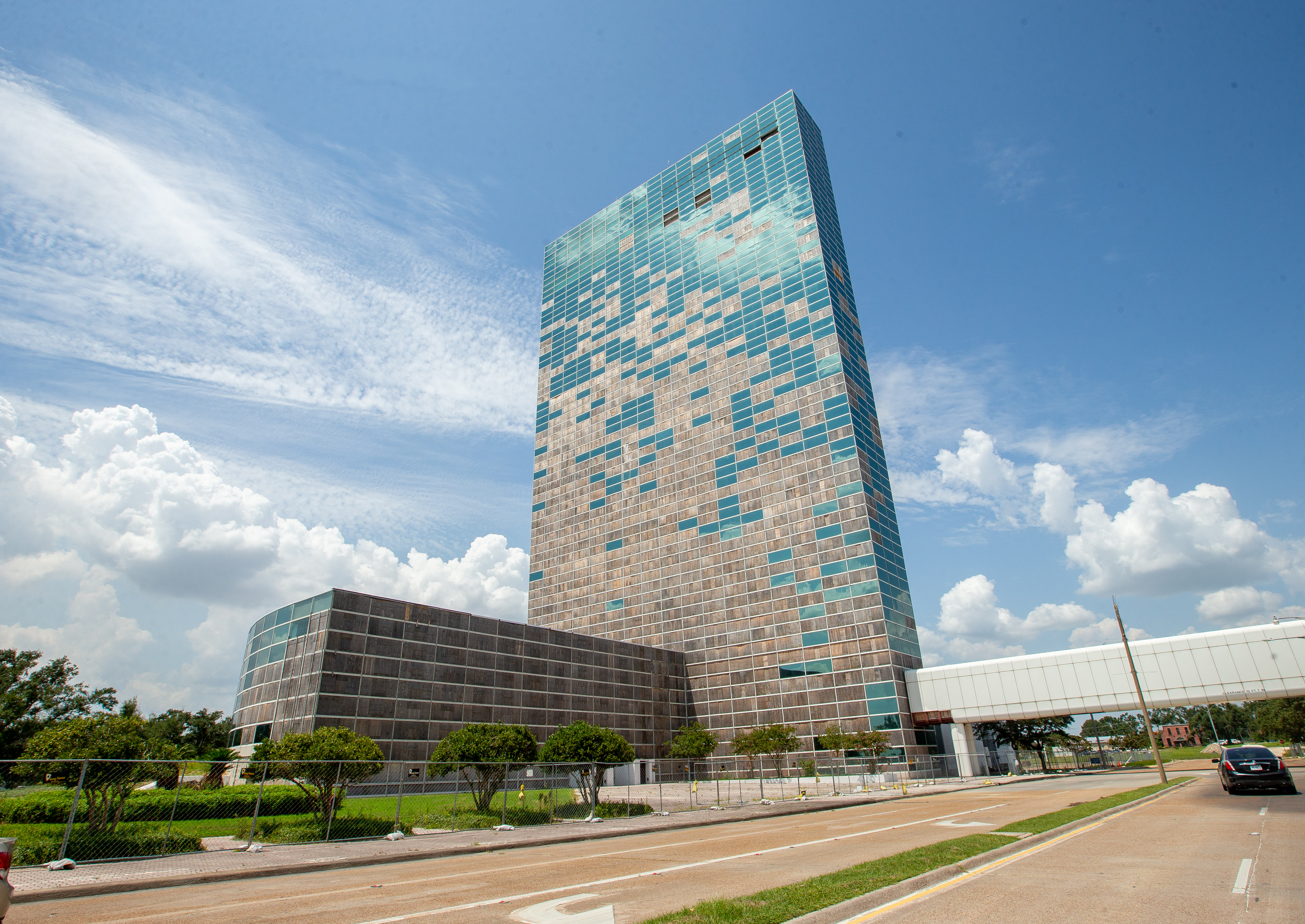 Capitol One Tower has remained vacated since Hurricane Laura made landfall in Southwest Louisiana in 2020. (Rick Hickman / American Press Archives)

This year’s event at the Golden Nugget was the first to be held in person. Last year’s banquet was held virtually because of the COVID-19 pandemic.

Putting the Pieces Together: The Future of SWLA, was the theme for this year’s event. Paul Rainwater, senior consultant for Cornerstone Government Affairs, spoke of the ongoing work to provide Southwest Louisiana with additional federal dollars to aid in recovery from Hurricanes Laura and Delta. Southwest Louisiana has received nearly $600 million so far, an amount local and state officials said falls far short of reaching long-term recovery needs. Rainwater said the groundwork continues to be laid for additional funding in the region.

“What we’re really working towards is another $1 billion for Southwest Louisiana,” he said.

Shawn Wilson, secretary for the Louisiana Department of Transportation and Development, said in a videotaped message that replacing the Interstate 10-Calcasieu River bridge project is expected to cost upward of $860 million in last year’s dollars. While roughly $162 million has already been allocated for the effort, Wilson said tolls are being considered as a financing option over time, but he couldn’t say what that amount would be.

Wilson said a public-private partnership model is being used to allow for innovative design concepts. He said the teams that have expressed interest in the project have received requests for proposals.

Wilson said the state will dedicate roughly $150 million in 2023 and 2024 from vehicle sales taxes to public infrastructure. He said the I-10 bridge project is targeted to get 75 percent of that funding.

State Sen. Sharon Hewitt, R-Slidell, discussed the redistricting special legislative session that is set for Feb. 1-20. Hewitt chairs the Senate Government Affairs Committee, which along with the House committee, has already begun the process.

Hewitt said Louisiana’s population at 4.6 million has only grown 2.7 percent, much lower than the 10 percent in neighboring states, and the 7 percent national average. She said the northern part of the state saw a loss in population, while the southern region, largely along the I-10 corridor, grew.

The Legislature is responsible for redrawing boundaries for districts and making them as equal as possible, Hewitt said. She said the ideal population for congressional districts amounts to roughly 776,000 residents. She said District 3, represented by U.S. Rep. Clay Higgins, R-Port Barre, is 9,000 residents over that threshold. Meanwhile, two districts north of District 3 are 47,000 and 37,000 below that threshold.

“You can see the complicating factors,” Hewitt said. “It affects every single boundary. Redistricting matters because every voter in the state wants the opportunity to elect people who will best represent them and their values. That’s the bottom line.”

Josh Anderson, a senior at Barbe High School, spoke about Just Imagine SWLA, a 50-year master resilience plan for Calcasieu and Cameron parishes. He spoke of the need for more events that promote the region’s cultural diversity. He encouraged attendees to offer feedback for the effort online at justimagineswla.org.

Willie Mount, former state senator and Lake Charles mayor, said the region’s residents and business owners should celebrate having survived the COVID-19 pandemic, two hurricanes and the other natural disasters that occurred in 2021.

“Now is the time for us to look at our community, see how we make it better and then take the time and effort to make it happen,” she said. “As a community, we know that we want Southwest Louisiana to thrive, grow and progress.” 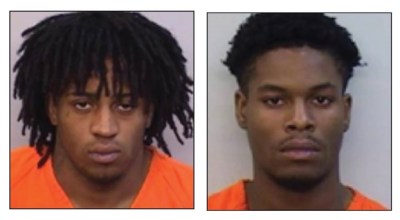 La. to get about $1 billion for bridges from…