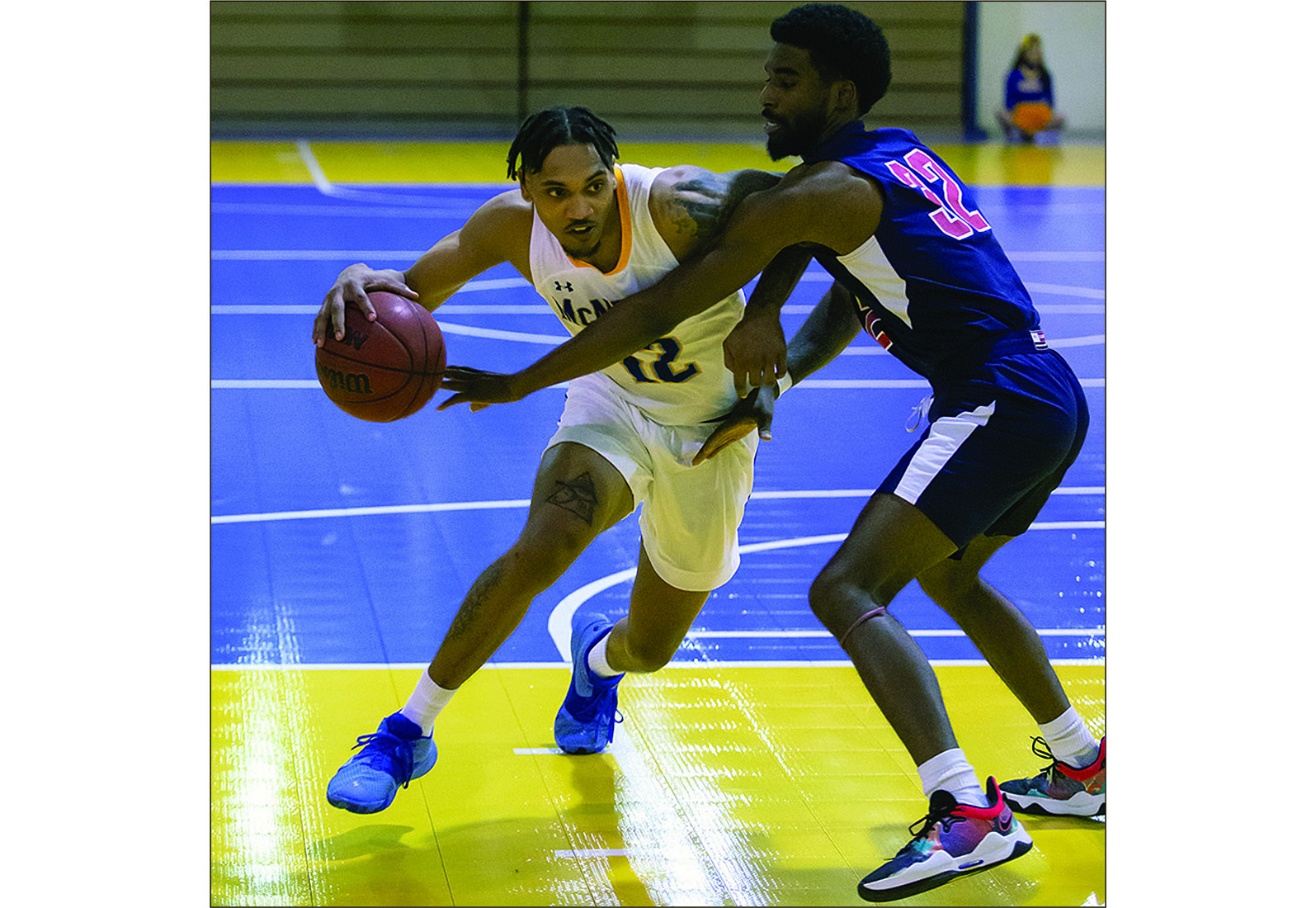 The past met the present Wednesday with all eyes set on the future.

Playing for the first time in the Ralph O. Ward Memorial Arena since Feb. 17, 1972, the Cowboys took their last step toward the return to the reconstructed Legacy Center.

On Saturday the Cowboys will play in the $40-plus million on-campus arena for the first time 686 days. The arena was destroyed by Hurricanes Laura and Delta in 2020.

“We are excited to be getting back in our home gym,” said McNeese head coach John Aiken.

But first the Cowboys had to take care of Arlington Baptist Wednesday afternoon in the Rec Complex.

The game — open to students only — proved little more than a tune-up for McNeese, which improved to 6-11 heading into Saturday’s Southland Conference regular-season opener against Houston Baptist (4-9).

The Cowboys, who snapped a two-game losing streak, improved 4-0 at home — all against non-Division I schools — and have scored 100 points or more in three of those wins.

The 120-44 victory in front of fans sitting on chairs and couches courtside, along with some joggers on the track above circling the court, was just what the Cowboys needed.

“We wanted to establish ourselves right away and have a dominant performance,” said graduate senior Kellon Taylor.

McNeese set five school records and tied another while scoring 120 points, tying as the second-most points recorded in school history. The Cowboys led 67-23 at the half with the 67 points matching the record for most points in a half (67 vs. Champion Christian last season in a 140-37 win).

“A great team win,” said freshman Christian Schumate. “We wanted to get better and now we are ready for Saturday.”

Three Cowboys finished with double-doubles. Schumate led the way with career highs in points (22) and rebounds (17). He had five of McNeese’s 10 dunks including a highlight reel-worthy rebound in the second half.

“I always go to the boards hard,” said Schumate, who called his thunderous dunk “fun.”

Taylor had 14 points and 13 rebounds while Myles Lewis added 15 and 10, respectively. Brendan Medley-Bacon helped with 20 points and eight boards in 17 minutes of play.

Jim Gazzolo column: Do the right thing comes to…