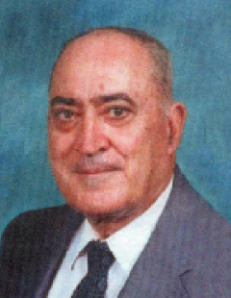 Mr. Parker was a native of Lexington, Ky. and has lived 65 years in Lake Charles.  He served in the United States Air Force from Barksdale Air Force Base during and the Korean Conflict.  He was a Kentucky Colonel (the highest honor bestowed by the governor of Kentucky) for which he was very proud.  Upon marrying his bride, Mr. Parker chose to be near her family and made Lake Charles their home.  He began studies at McNeese State University where he obtained his Bachelor of Science and master’s degree in education.  He enjoyed coaching middle school in Calcasieu Parish for nearly 30 years.  Amongst his love for sports, he was a diehard, blue blood, Kentucky Wildcat Fan. Mr. Parker was not only well known as “Coach” but as a talented wood worker. He leaves to a great number of family and friends, gifts of wood workings from bracelets, jewelry boxes, bowls, hall trees, curio cabinets to bedroom sets.  During his downtime, he often spent countless hours wood working, vegetable gardening and fulfilling “honey do” request of his beloved wife. He also enjoyed fishing and shooting with his son, adventures of camping and travel and spending time with his daughter and her family.  Mr. Parker will be most remembered for his love and devotion to his family, as a great protector and provider and for being the dad he didn’t have to be.

Graveside services with Military Honors will be at 3:30 p.m. Saturday, Jan. 15, 2022, at Consolata Cemetery.  Visitation Saturday will be from 1:30 p.m. until 3 p.m. at University Baptist Church.