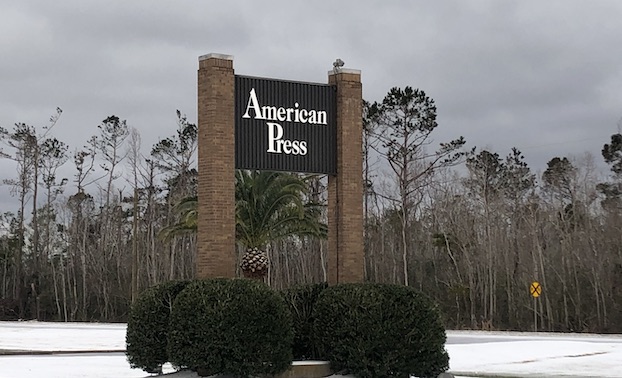 Now that the American Press has moved downtown, what will become of their old building? I hope it won’t become another blight in our parish, especially since we’re still trying to clean up our look after the storms.

There are big plans for the former American Press offices at 4900 U.S. 90 East.

The Calcasieu Parish Sheriff’s Office purchased the building from the Shearman family in December for $4.9 million and has begun modifications and minor renovations to the facility.

Once that is complete, spokesperson Kayla Vincent said the detectives division of the Sheriff’s Office will relocate to the former American Press offices — now called the Calcasieu Parish Sheriff’s Office Annex.

Though the American Press’ main offices have moved to downtown Ryan Street, the Sheriff’s Office is continuing to lease the space in the back of the property on U.S. 90 East to the newspaper to house the actual press.

The American Press previously reported that roughly $6.28 million worth of repairs to the Sheriff’s Office administration building and correctional center were under way. Both facilities are owned by the Calcasieu Police Jury.

There were also an estimated $20 million in repairs needed to the sheriff’s prison — including a new roof.

“This whole ordeal has been very frustrating and taken up a lot of our time,” Sheriff Tony Mancuso told the American Press in a 2021 interview. “It’s been a challenge in every aspect, from insurance to construction. It’s been a long process, but it’s no different than the people in the community who are going through the same thing. I know we’re going to get back to normal at some point; we just all have to work together to get through it.”

The hurricane-related damage to all Sheriff’s Office facilities and property, including substations and vehicles, ranges from $30 million to $40 million, Mancuso said.

He said 17 vehicles were lost to Hurricanes Laura and Delta and another five during the May 17 flood.

The administration building also suffered damage to its roof — which measures more than 50,528 square feet.

After Hurricane Laura, more than 380 inmates that would be at Calcasieu Parish facilities were instead housed at the Catahoula Correctional Center — roughly 150 miles northeast of Calcasieu. Another 106 inmates were sent 240 miles away at the East Carroll River Bend Detention Center. Dozens more were housed at facilities in Tensas, Rapides, LaSalle, Caldwell and Franklin parishes.

Both the correctional center and prison can hold roughly 1,300 prisoners, Mancuso said.

The Sheriff’s Office has to pay for inmates to be housed at outside facilities, and the Police Jury reimburses the cost.

The correctional center and administration building were built in 1990.

Built from 1997-1999 at a cost of $15.9 million, the sheriff’s prison was paid off through the housing of federal prisoners and Immigration and Customs Enforcement Agency prisoners. Mancuso ended that after he first took office in 2004.