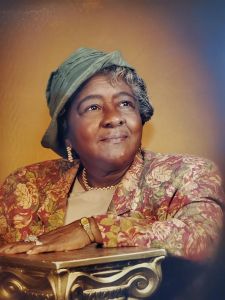 Helen Marie Williams (nee Manuel) passed away peacefully on Thursday, Dec. 30, 2021, in Lake Charles, La., where she resided for over 75 years.

Helen was born Aug. 5, 1932, in Mowata, La. to August Manuel and Mary Geyen Manuel. She was baptized at Saint Lawrence Catholic Church in Mowata. Helen was an ardent Catholic, serving as a faithful member of Sacred Heart Catholic Church in Lake Charles for over 70 years, and was an active member in her church.

She was educated at the Second Ward Colored School and attended W. O. Boston High School until her marriage to the love of her life, Joel Williams, in 1953. To this union were born five daughters. Helen worked as a housekeeper for many years and later worked as a cook for Boys Village. She also assisted with the adult daycare program at CARC. Along with her husband, she owned and operated a janitorial service for office buildings in the Lake Charles area. Joel and Helen were also co-owners of a social club, Sweet Dreams, where they taught their daughters the values of hard work and earning your own way.