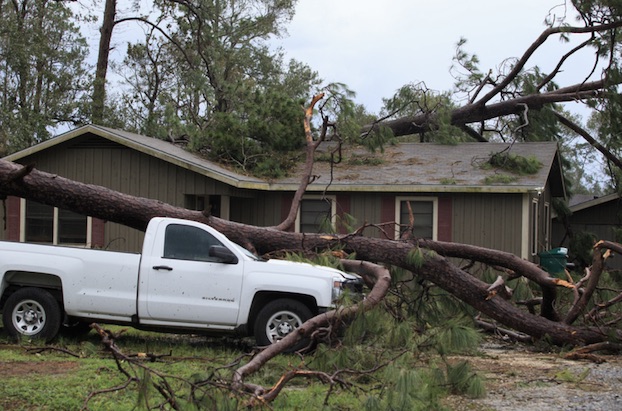 Gov. John Bel Edwards summed up Southwest Louisiana’s hurricane recovery progress well when he addressed a statewide gathering here on Dec. 15 and said “some people are still upside down in their lives” because they still don’t have the housing they need.

Lake Charles Mayor Nic Hunter had some better news, but added, “There are neighborhoods that look like Hurricane Laura just hit yesterday.”

Despite that disappointment, Hunter said, “With so much stacked against us, I’m pretty amazed with the amount of work accomplished so far.” He said locally-owned businesses are reopening their doors after being closed for months, while others are opening for the first time.

Edwards, after a November political rally, said he was going to Washington, D.C., to meet with federal lawmakers and White House officials on the need for additional hurricane recovery dollars for Southwest Louisiana.

Hunter and the governor announced in late-November establishment of an $11.3 million housing rehabilitation program for residents impacted by Hurricanes Laura and Delta and the May 17 floods.

Both the city and parish are working hard to improve the drainage situation that caused severe flooding when hurricane debris clogged many arteries.

The City Council authorized borrowing up to $20 million to pay for immediate drainage needs and seeks reimbursement from FEMA for $10 million.

The parish estimates that removing that debris from 1,315 miles of drainage laterals is anticipated to cost $100 million. It is seeking reimbursement from FEMA for 90 percent of the project’s cost.

Hunter said repairs to Lake Charles City Hall are about 90 percent complete, but the 10th floor remains unoccupied. He said residents will see plenty of activity this year with hurricane-damaged homes and businesses being demolished.

“We can’t let them linger and create additional blight,” he said.

The mayor spoke for all of the area’s public officials when he said, “We’ve had a lackluster response from the federal government, but I am proud of the people of Southwest Louisiana. I give them the lion’s share of the credit for the recovery we have achieved so far.”