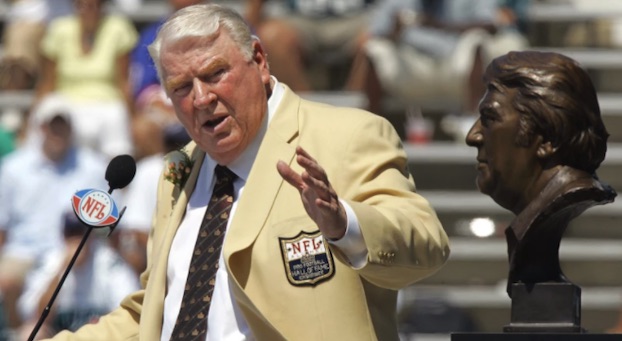 Coaching the renegade Oakland Raiders, Madden compiled a stellar 103-32-7 regular-season record and led his team to victory in the Super Bowl after the 1976 season. But a fear of flying helped contribute to an early retirement from coaching.

He became an even more impactful figure after he stopped coaching at age 42, entertaining millions who tuned in to NFL football. He also was the name behind the hugely popular sports video game, “Madden NFL Football.”