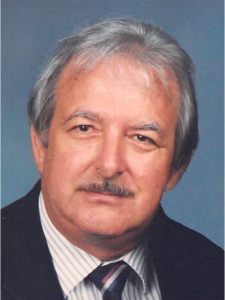 He opened Les Boswell State Farm Insurance Company as owner and agent in Jennings, La. He later opened an independent insurance company in Lake Charles, La. Leslie and his wife owned several businesses including a custom frame gallery and a pet store.

He was an amazing cook, loved to garden, and loved hunting and fishing. He was an avid fan of LSU and New Orleans Saints football. However, the most important of all, he loved his family. When he became a grandfather, he was no longer “Leslie”; he was now called “Pappy.”

The family will welcome friends on Monday, Dec. 27, 2021, at University Baptist Church beginning at 10 a.m. The service will begin at 11 a.m. led by Pastor John Astling with burial to follow at Consolata Cemetery.

We invite you to leave a fond memory or sentiment of condolences on our website www.johnsonfu neralhome.net.