Promise of a new look for park, Sam Houston Jones could reopen in spring 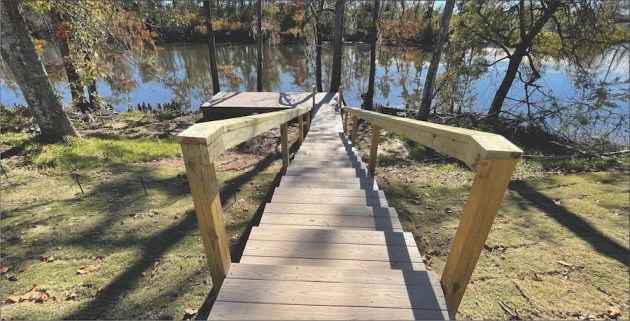 A fishing pier adjacent to one of the nearly finished cabins. Composite wood decking was used for the pier, which is a longer lasting material than conventional wood and requires little maintenance. An added bonus, the material is easy on the feet since it doesn’t have splinters. (Special to the American Press) 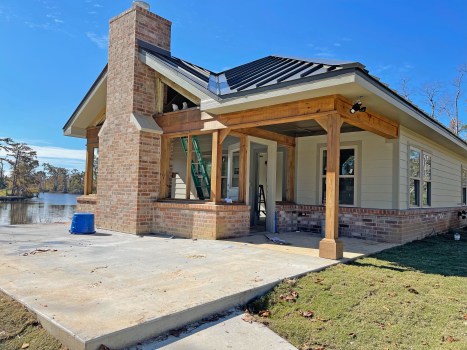 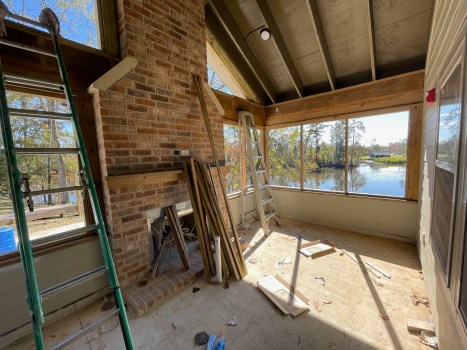 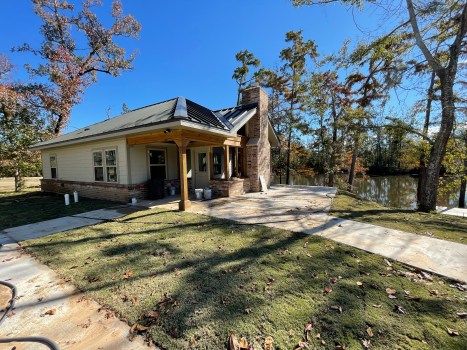 Sam Houston Jones State Park — which has been closed since Hurricane Laura’s devastating August 2020 landfall — could reopen by late March or early April next year, depending on weather, a state official said Friday.

Brandon Burris, Louisiana State Parks director, said the 1,087-acre park, at 107 Sutherland Road in Moss Bluff, will look quite different once it reopens. Four out of every five trees at the park have been removed, even those left standing after Hurricane Laura, because they were severely damaged, he said.

Eighty percent of the park has been cleared, Burris said. Other ongoing work includes rebuilding cabins, water and sewer treatment systems, bathrooms, the park’s entrance station, the pavilion and other facilities. An additional 20 staff are assisting park staff with the work.

“We’re at a good pace now,” he said. “It’s going to look different, but we’re going to work to tie the history of the area back to where it was. Nobody wants the park to reopen more than me.”

Burris said the state is fronting the cost of clearing downed and damaged trees at Sam Houston State Park. The state is currently working with FEMA to get reimbursement for the work. Repairs to buildings and other structures at the park were covered by insurance, he said.

“It required very heavy equipment to get it cleaned up, and it just wasn’t working in the mud,” he said. “We had to wait 10-14 days for it to dry, only for it to rain again once we got the equipment back out there.”

Other delays led to the bringing in of state park employees who normally work on larger-scale maintenance projects at parks in the northern district, Burris said.

Burris said the state is working with The Nature Conservatory, an environmental organization, to plant 5,000 new trees at Sam Houston State Park in early spring. The planting will cover about 20-25 acres. Burris said the park is fortunate to get these new trees because Hurricane Ida’s landfall in Southeast Louisiana in August severely impacted growers.

Ten brand new two-bedroom, one-bathroom cabins are being built at Sam Houston State Park, Burris said. Features will include a full kitchen, a screened in front porch with a fireplace and TVs in the porch, living room and both bedrooms.

“They will be the nicest cabins in our system,” he said.

Louisiana State Parks received $16 million from the 2010 BP oil spill settlement and dedicated it to various improvements at five state parks along the Interstate 10 corridor south, including new cabins at Sam Houston, Burris said. Concrete slabs for the cabins were poured one week before Hurricane Laura’s landfall, he said.

Burris said the state is using Hurricane Laura’s damage to renovate the campsite for recreational vehicles. Most of them throughout the state were designed decades earlier and are not fitted for today’s modern RVs. Upgrades at Sam Houston include larger pads for parking and installing a sewer system with hookups for RVs.

“I consider that place my sanctuary,” she said. “It was so heartbreaking to see all the damage.”

After Laura’s landfall, McKnight created a Facebook page, SHJSP Recovery Initiative, to gather residents wanting to volunteer to restore the park and to share updates on recovery. The page has nearly 650 members.

While volunteers are not allowed to help with clearing downed trees at the park, McKnight said she communicated with Lt. Gov. Billy Nungesser and other Louisiana State Park officials on the community’s desire to see the park restored to its former glory.

“They were excited,” she said. “They didn’t realize so many people love the park and want to help out.”

McKnight was allowed inside the park in early October to tour the progress and share updates on the SHJSP Recovery Facebook page.

Burris said days will be scheduled to let volunteers help with clean up efforts at the park.

“We’ve had a lot of inquiries from the public about that,” he said.