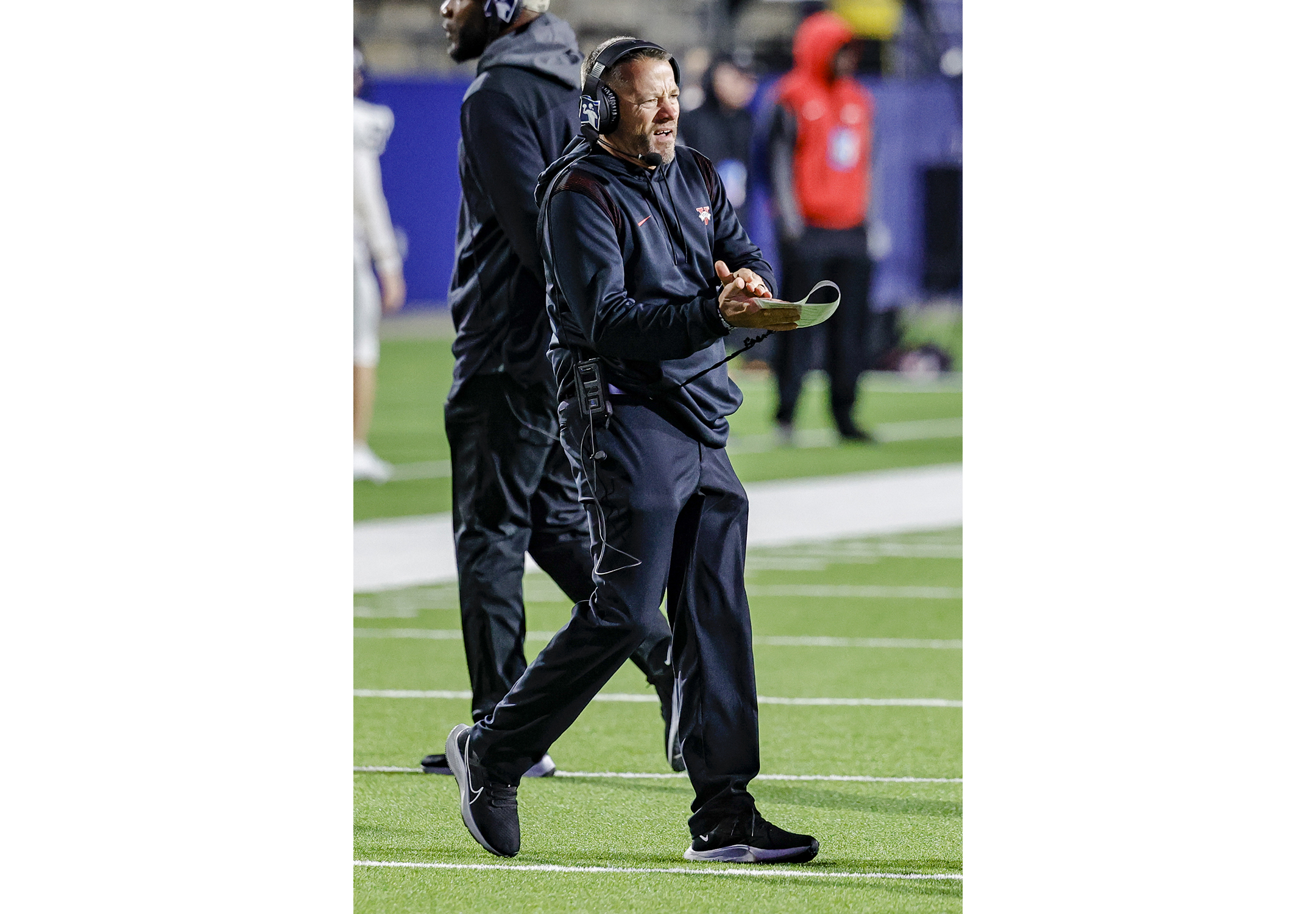 Goff will be introduced to the Lake Charles public Monday at noon in the Doland Fieldhouse.

“I cannot be more excited that Coach Goff is our next head football coach,” McNeese State Athletic Director Heath Schroyer said. “He was at the top of my list from the start and he ended up there in the end.

“Poke Nation and Southwest Louisiana will fall in love with this guy like I did.”

Goff, a native of Picayune, Miss., signed a 3-year deal that includes two rollover years which would make the total the richest in school history.

The deal shows an ever-improving commitment by the university to invest in football specifically and athletics in general.

In just his second season at Valdosta State, Goff led the Blazers to the title game and a 12-3 record. In his two seasons at Valdosta, Goff posted a 22-3 mark, taking over the national power program in 2019.

However, his run at the national title ended Saturday night as Ferris State beat Valdosta 58-17. The Blazers’ run to the title delayed McNeese’s announcement as Schroyer had to wait for the Valdosta season to end before finalizing the deal.

Goff becomes the fifth head coach at McNeese since the start of the 2015 season. He replaces Frank Wilson, who resigned on Dec. 7 after just two seasons with the Cowboys, posting a 7-11 record.

Wilson left to become the top recruiter and associate head coach at LSU.

Now he takes on a completely different rebuilding program. McNeese is coming off a playoff ban for academics, two hurricanes and its first two losing seasons in 16 years.

Goff beat out a host of other candidates that impressed Schroyer.

“I was pleasantly surprised at the number and the quality of coaches we had show interest in McNeese,” Schroyer said. “It showed me that this is still a top job that people are interested in and an elite program.”

Schroyer said his first priority with this hire was to get a winning head coach who will bring stability to the program.

McNeese has not made the playoffs since 2015 in Matt Viator’s last season. The Cowboys have not won a postseason game since 2002, when they advanced to the nation title game in then Division I-AA.

The pressure is also on to build a program that will be attractive enough to have McNeese get invited to a Football Bowl Subdivision conference. The Cowboys flirted with both moving to the FCS level Western Athletic Conference and the highest college division during the fall.

Ultimately, Schroyer cut a deal to keep McNeese in the Southland Conference, where it has been for the past 50 years.

Wilson himself believes McNeese could be a big winner soon.

“I believe McNeese will be back winning conference championships and playing for national championships as early as next fall,” he said. “It is a special place with special people and tradition.”

Now a part of that is Goff, who will have the job of turning the Cowboys back into winners.