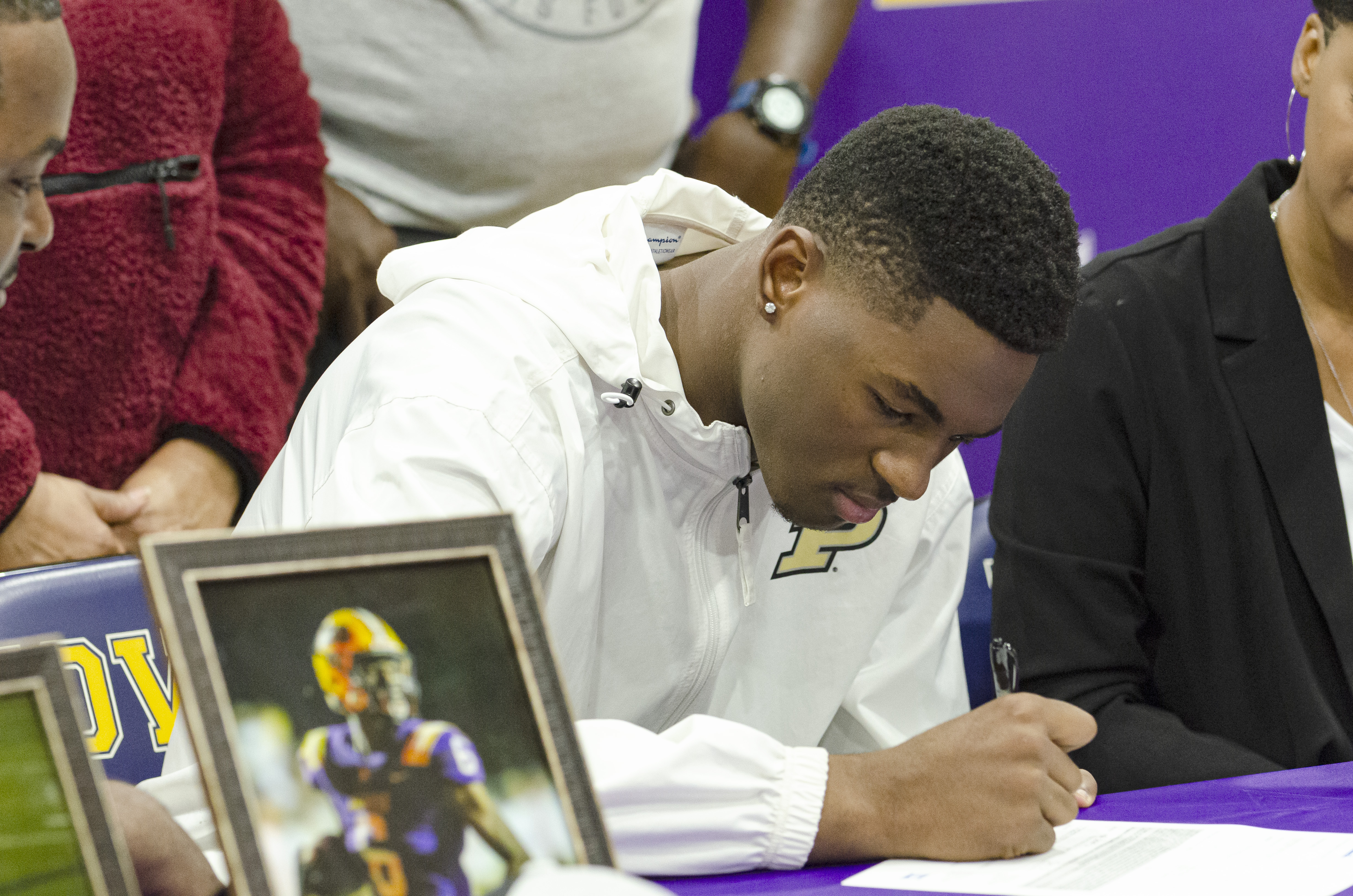 Iowa’s Curtis Deville thrilled Southwest La. football fans with many highlight-reel plays this season. Now he will get to do it under the bright lights of the Big 10 conference.

Deville signed a national letter of intent on Wednesday, the first day of the early signing period, to play for the Purdue Boilermakers. He is the first Yellow Jacket in school history to sign with a Power 5 conference team.

“It means a lot to me,” Deville said. “I get to go on and do bigger things.

Deville is rated as a 3-star recruit by 247sports and had offers from several FBS programs from across the nation.

“When I went on the visit, the coaches and players made it feel like home,” Deville said. “That is why I chose it.

Deville had 2,186 all-purpose yards while leading Iowas to a 10-2 record and the Class 3A regional round. He averaged more than 20 yards every time he touched the ball and had more than a dozen plays over 40 yards. Deville was the Yellow Jackets’ top receiver with 34 catches for 763 yards and nearly ran for 1,000 yards at 944 on 59 carries.

He scored in every game this season with 23 touchdowns and 14 two-point conversions and expects to play multiple positions for the Boilermakers, including outside receiver and punt and kick return.

“I have the size for it, and I will continue to get bigger and be that player,” Deville said.

Iowa head coach Tommy Johns said he has never coached a player quite like Deville.

“We have had some guys that have been able to move around, but there is no drop off no matter where you put him,” Johns said. “I have never been around a player quite like that since I have been coaching.

“He is dynamic regardless of where he plays. I think it is huge. The first one in the history of the school. He is going to be playing in the Big 10 against some of the best competition the country has to offer. He is definitely capable. I think he is going to fit in perfect with what they do offensively.”

Deville is a three-sport star for the Yellow Jackets. He was part of the Class 3A state champion 4×100-meter relay team in May and is currently playing for the 9th ranked and undefeated Yellow Jacket basketball team.

Johns said Deville stayed focused despite all the hype around him this year.

“He has never really let it affect him,” Johns said. “All the offers that came in, he just took it in stride.

“He didn’t come to a quick decision. It was very well thought out. He communicated with all the schools that were recruiting him.

“He never let it affect his play or how he acted around his teammates, which is kind