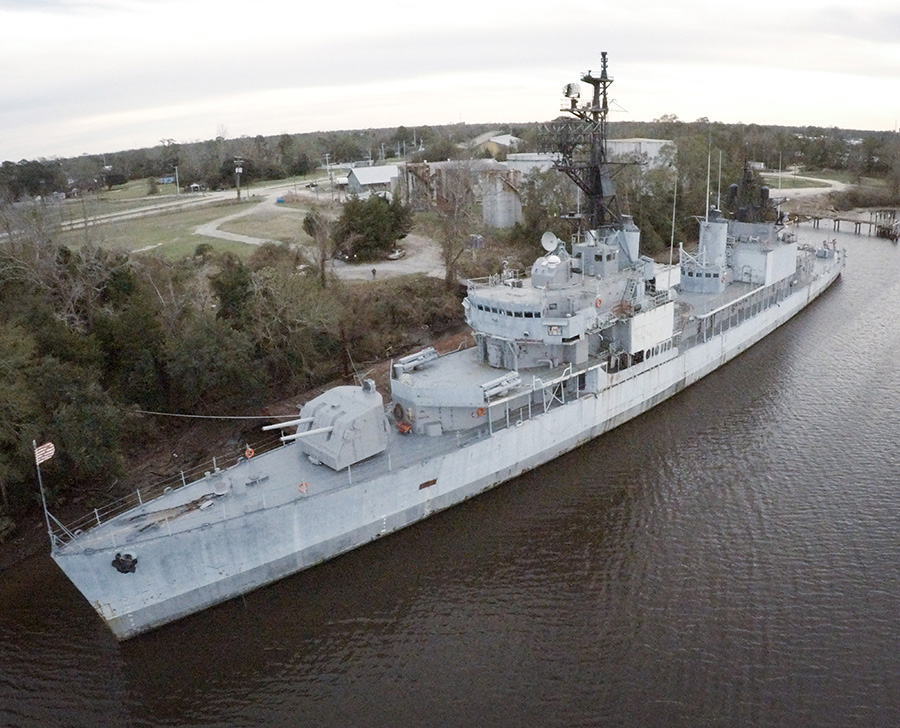 After being docked in Lake Charles for more than a decade, the USS Orleck Naval Museum is set to be moved this morning, eventually making its way to Florida’s Jacksonville Naval Museum.

The ship, which served in the Navy from 1945 until 1982, was supposed to leave Lake Charles Tuesday. However, Coast Guard officials announced a one-day delay because of “conflicts with waterway transits and projected unfavorable weather.” The departure time also depends on fog.

Efforts to move the Orleck from its North Enterprise Boulevard location to Jacksonville have been ongoing since January 2019. It was supposed to be moved in March 2020, but the COVID-19 pandemic and the landfall of Hurricanes Laura and Delta postponed that effort for more than a year.

“Today is just a special day that we finally got to this point,” said Ron Williams, USS Orleck Naval Museum executive director, “It has been very frustrating and time consuming at times.”

The USS Orleck was built in Orange, Texas. Following its Navy service, it was sold to Turkey and served in that nation’s navy until 2000. The Southeast Texas War Memorial and Heritage Foundation in Orange obtained the ship from Turkey and converted it into a memorial and museum. After suffering damage from Hurricane Rita in 2005, Orange City Hall denied a request to have the ship permanently docked on the Sabine River.

The Lake Charles City Council in 2009 approved to temporarily locate the ship here. It was towed up the Calcasieu River to the North Enterprise Boulevard location in May 2010.

Williams said Jacksonville is a more suitable location for the ship because of its history as a naval town and the military retirees who live there. It is home to the Mayport Naval Air Station. The Jacksonville Historic Naval Ship Association tried to get the USS Charles F. Adams, but the Navy decided in late 2018 to scrap the ship.

“I would think the community there can do more with the (Orleck) because we don’t have that naval tradition here,” Williams said. “There are thousands of people from Southwest Louisiana and Southeast Texas who helped build the ship, but that generation is no longer with us.”

Two tugboats will tow the Orleck about half a mile up the Calcasieu River before it is turned around and towed downriver underneath the Interstate 10 and 210 bridges. It will eventually reach the Gulf of Mexico and Sabine Pass before reaching Gulf Copper Manufacturing’s dry dock in Port Arthur, Texas. After that stop, it will head to Jacksonville.

Williams said he will remain associated with the Orleck and continue to support the nonprofit occasionally.

“I ask everyone to help support and preserve the legacy of these historic ships,” he said. They have a lot to teach us about those who fought to preserve our freedoms and liberties.”

She was knocked down, but Rita Fields is back…