I-10 Bowl returns after two-year hiatus 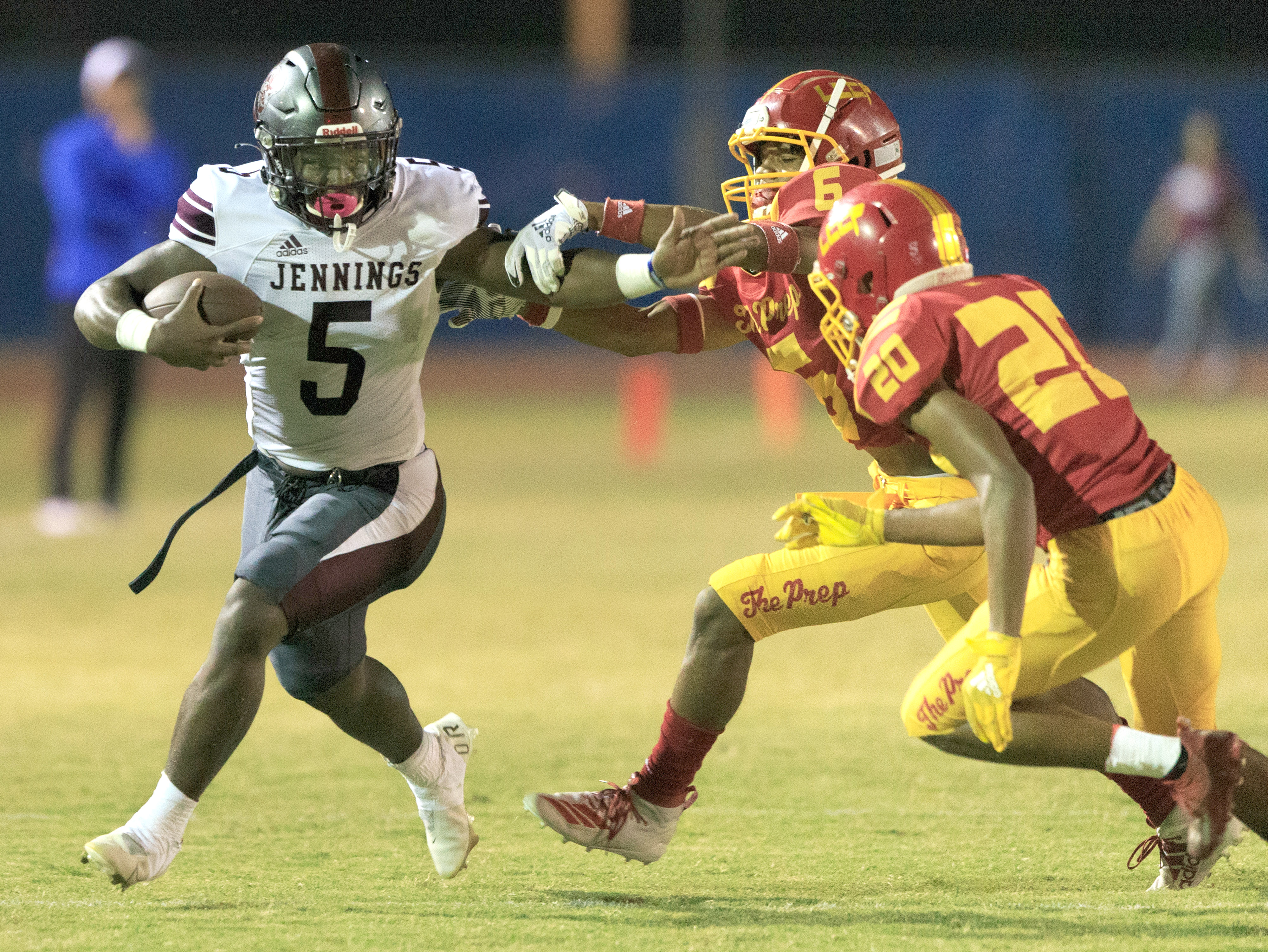 Jennings senior Trevor Etienne is one of our 1,000-yard running backs that will play for the Lake Charles All-Stars on Saturday at the Louisiana High School Coaches Association I-10 Bowl. (Kirk Meche / Special to the American Press)

Its has been two years since the last Louisiana High School Coaches Association I-10 Bowl. The postseason all-star game pitting the top seniors from Lake Charles against Lafayette will finally return.

The game will be played at Westlake High School’s Max Caldarera Memorial Stadium on Saturday at noon. Admission is $10.

“I am not going to say it has been difficult,” regional coordinator Freddie Harrison said. “It is just when you start something back after a two-year absence, there is a lot of things you have to go back anc revisit and it hasn’t been in Lake Charles for four years.

“You have to make sure you put all your ducks in a row and lined up so that the kids can have a great event.

Harris said this year’s Lake Charles All-Stars is loaded with talented players, including several who will play Division I football next year.

“I think this year’s group is very gritty,” Harrison said. “It is a good group.

“A lot of schools in SWLA not play football last year, the curve is little different for those seniors. For them to have the opportunity to play one more game is always the goal and mission of the Louisiana High School Coaches Association. I think we have good representation from the whole area.  A lot of teams didn’t have a lot of seniors this year and we didn’t have a lot of nominations. We gave everyone a shot to be represented.”

The offense will be led by a four 1,000-yard rushers in Leesville’s Caleb Gallashaw, Jennings’ Trevor Etienne, Lake Charles College Prep’s Devonte Guidroz and DeQuincy’s Taije Ceasar, who had nearly 6,000 yards and 88 touchdowns between them this season.

Iowa’s Koltin LeBleu will be under center behind a line that includes three Division I linemen in LCCP’s Reginald Burks (Lamar) and Jaylon Easton (McNeese) and Grand Lake’s Bryant Williams (Louisiana-Lafayette) plus some athletic receivers in LCCP’s Keshlon Jackson, Iowa’s Curtis Deville and Leesville’s Kemhari Pruitt.