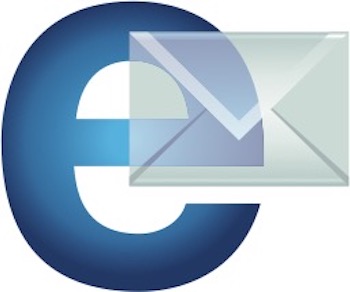 Emails are taking too much time out of our lives and political writers get more than their fair share.MetroCreativeGraphics

Too much time in some of our lives is spent killing out emails in which we have little or no interest. As a political writer, I probably get more emails than most and maybe that’s just part of the job. However, it’s still a tremendous time-killer that I could do without.

Former President Donald Trump and Donald Trump Jr. are some of my biggest email contributors. They have promised to give me MAGA hats and autographed footballs and get me on a priority Trump announcement list in order to become a Trump MVP Club Donor.

Another email comes from Joe Knopp who “pledges to clean-up youth services in Ohio.” As it turns out, Knopp has joined the Jim Renacci gubernatorial ticket and his email isn’t asking for anything. So why are they sending me an email about a campaign in Ohio in which I have no interest whatsoever?

Mark Meuser is a California Republican candidate for the U.S. Senate. His email said, “A generous contribution of $100 or more will show that this campaign is ready to ride the Red Wave all the way to Election Day 2022.” It is also suggested I might want to make a monthly contribution.

Fishing has never been on my list of favorite things to do, so why am I getting emails from Bassmaster? The latest one says, “Bassmaster Fantasy Games feature more than $100,000 in prizes, including dream fishing trips.”

Evite sent me an email telling me it is introducing Bitcoin as a new gifting option. It says Bitcoin gifts purchased through Evite will appear in an Ember Fund account. I don’t know anything about Bitcoin and am not interested in pursuing the subject. I have never heard of Evite or the Ember Fund, so the same goes for them.

Republican U.S. Sen. Rand Paul of Kentucky in his email is telling me Dr. Anthony Fauci, director of the National Institute of Allergy and Infectious Diseases, is absolutely out of control. Paul wants me to agree and contribute anything between $35 and $100 to help fire Fauci.

I know Fauci is a controversial figure in some circles but he currently happens to be the chief medical adviser to the president. I am more than happy to accept Fauci’s advice on fighting the coronavirus pandemic because he has more credibility in his field than most of his critics, including Trump, his severest critic.

Freedom Nation Today wants me to contribute something to help defeat Democrat Stacey Abrams, who has announced she is running for governor of Georgia again. Anything going on in Georgia at the moment — except football — is Georgia’s business, not mine, and I’m not interested.

Removeron.org wants me to contribute to help put a Democrat in the Florida governor’s mansion to replace Republican Gov. Ron DeSantis, “and end Ron DeSantis’ political career for good.” What I said about Georgia also goes for Florida.

Speaking of Georgia, I have been getting an unbelievable amount of email from Herschel Walker, considered one of the greatest college football players of all time and an NFL player. He is now running — with Trump’s endorsement — for the Republican nomination in the 2022 U.S. Senate election in Georgia, and he is also seeking donations.

Then, it’s Oregon’s turn. Republican Alek Skarlatos told me in his email that he wants to replace Democratic U.S. Rep. Peter DeFazio of Oregon’s 4th Congressional District. Even though DeFazio said he isn’t seeking re-election in 2022, Skarlatos is giving the incumbent a hard time in his campaign.

Hillary Clinton in her email is asking me to get my ticket for Tuesday’s Zoom conversation with Ben Affleck, Tracee Ellis Ross, Eric Holder and Clinton. “If the Republicans think they can get away with this gerrymandering and not be held accountable by the public and the courts, they are wrong — but it’s on all of us to speak up…,” Clinton said.

I knew the Bassmaster emails were definitely headed to the wrong guy, but others came that were reaching really far out. One of them came from ski@getskitickets.com, telling me I could get Cyber Monday ski deals from new resorts across the U.S. No way in the world am I getting on a pair of skis anywhere.

These are just a small sample of the many emails that are eating up too much of my time. One of these days I’d like to also tell you about the tremendous volume of regular mail I get seeking donations from every organization imaginable.

Life shouldn’t be this complicated.