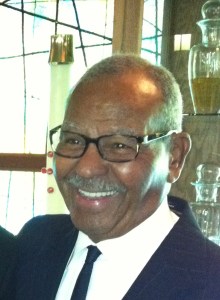 Hilbert “Bob” Guillory Sr., 85, passed away at home on Sunday, Nov. 21, 2021 surrounded by his loving family. Bob was a graduate of the Sacred Heart School Class of 1956. In 1959, Bob married Mary B. August. To this union, they welcomed five beautiful children. A dedicated member to Immaculate Heart of Mary Catholic Church, Bob was one of the first altar servers. He also served as a longtime lector, member of the IHM Parish Council, Eucharistic Minister, Marriage Encounter, and was a member of the Deaconate Program. One of his treasured charities was St. Vincent de Paul Society. Bob helped many members of the community with financial, spiritual and household needs. In his later years, he was a dedicated altar server for nearly all IHM funerals. Prior to the current pandemic, Bob participated in the ACTS Retreat. He was a dedicated employee of the United States Postal Service for 31 years and later retired. He and Mary were very active at the local Pryce/Miller Recreation Center, winning many athletic awards, even being voted Mardi Gras King & Queen in 2008 at IHM and in 2012 for Pryce/Miller Recreation Center.

Bob was preceded in death by his parents and siblings; one son, Kevin; one cousin they reared as a daughter, Debbie Simien Hawkins; and, his brothers-in-law, James and Joseph “Jumpshot” August;  sisters-in-law, Ruby and Bettye August; his father-in-law, Early August; and his mother-in-law, Mandy August.

Bob’s lifelong partnership with his sweetheart, Mary, lasted over 62 years. Bob’s memory and legacy will live on forever in Mary’s heart and in his children: Hilbert Michael Guillory, Hilton “Putt” Guillory and his wife, Julie; and Sharon Guillory, all of Houston, Texas; his daughter, Karon Forte of Lake Charles, La.; his three grandsons, Aaron Rodgers, Mikey and Kevin Forte; his granddaughters, Ashley and Briana Guillory; great-granddaughter, Aubree Patton; and two Godchildren, Jacquetta Prewitt and Judy Guillory.