Nicole Doucet treasures feedback from students — past and present 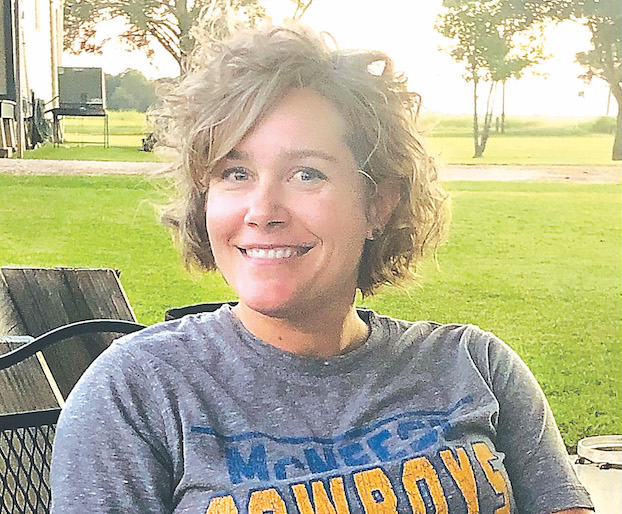 Nicole Doucet is a sixth through eighth grade math teacher at Our Lady Immaculate Catholic School in Jennings. (Special to the American Press)

Nicole Doucet, a sixth through eighth grade math teacher at Our Lady Immaculate Catholic School in Jennings, absolutely loves her job. She joined the OLI team in 2020 after completing her teaching certificate at McNeese State University.

After nearly a decade in banking and another decade as a stay at home mom, Doucet decided it was time to get back into the work force. Hearing her mother-in-law, Charleene Doucet, and sister-in-law Danielle Bertrand, recount stories of their time in the classroom inspired her to pursue education, she said. “Hearing their stories and passion for the job, I was like, ‘Well, maybe this is something I should try.’”

The teaching schedule was also desirable for the mom of two boys so she decided to start fresh in education. Doucet always imagined she would teach business based on her background, but a call from the OLI principal set her on a different path, she said.

“My plan was to just come back home until I found the job I was looking for but then the principal called to offer me a job…I kept an open heart, open mind and I asked God to show me his will. It was kind of a scary thing,” she said recounting the beginning of her teaching career.

She accepted the position working with students who had two different teacher that school year prior to her arrival. “It was rough on them and rough on me. It was scary. More for them than for me but it worked out! I’m still there and it turns out, apparently my calling is math not business.”

Doucet said the greatest achievement of her career is the feedback she’s received from some of her first classes. “I still run into them at church or Walmart and they thank me. They hug me and that is the biggest compliment I could get.”

Her favorite thing about teaching is how much she learns from her students. “I learn more from them than they probably learn from me,” she said.

“Anytime they ask me a question like, ‘What about this Mrs. Nicole?’ It’s like they keep me on my toes and it’s challenging. So I learn a lot from them.”

The most difficult thing about teaching math specifically, she said, is getting students to connect with the content. “If you ask a child what their favorite subject is, they’re not going to say math. So for me, it’s trying to figure out a way to the kids engaged and interested in the subject.”

If given the chance to wish for anything for the profession, Doucet said she wishes students had greater work ethic, accountability tability and grit. “I’m looking for effort, not grades. And that’s hard to teach. I can teach you math, but I can’t teach accountability and work ethic.”

When she’s not teaching, Doucet enjoys spending time outdoors with her family either camping, fishing or boating.