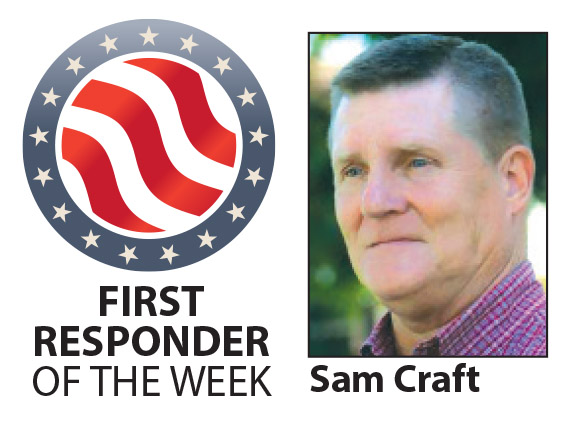 Some would say that Sheriff Sam Craft’s name has become synonymous with Vernon Parish.

He has served the parish, uninterrupted, for more than 20 years and says he has no plans of stopping anytime soon, so long as the voters will have him.

“I wake up every day honored to be the sheriff of Vernon Parish. I bestow all of my thanks to the people of this parish that allow me to hold this position, and to work for them in protecting their safety and well-being,” Craft stated.

Craft was first elected as sheriff in October 1999 and sworn into office on July 1, 2000, filling the shoes of his predecessor, Frankie Howard, who went on to serve as state representative after his retirement from the office.

Prior to running for election, Craft had served for 14 years with the Louisiana State Police. He said the abrupt switch was because of the support he received from local citizens who encouraged him to run.

“It wasn’t a goal I had set for myself, it was something that people came to me and asked me to run for. Then that grew to more and more people saying they would support me. I mean it when I say this parish is special; things happen here because of grassroots efforts by the people, not big politics or anything else,” Craft said.

Craft has never advertised major goals for his office. Instead, he said he maintains the basic principals that the community wants: an open-door policy so that anyone may be able to bring their concerns to him, and a passionate drive to protect the citizens under his watch.

That passion has been showcased by Craft’s aggressive approach against illegal narcotics activity in the parish.

He has devoted resources and funding to build up his Narcotics Task Force division, and has encouraged that unit to build relationships with agencies in surrounding communities in an effort to end distribution rings that attempt to make a home in Vernon Parish.

“It is a really hard job and sometimes you might even feel like it’s never-ending, but myself and the agents with the NTF wake up every day ready to fight it. We have been fortunate to have partners within the federal government and good relationships with other entities that allow us to be efficient in our work against illegal narcotics. We have to be vigilant at all times, and I’m very proud of the NTF agents who are out there every day doing just that,” Craft said.

While many things have changed during Craft’s time in office, he has been able to use some of those changes to the parish’s advantage. The advancement of DNA testing in crime investigations prompted Craft in 2017 to create his own Cold Case Team, comprised of detectives who have volunteered their time to reopen unsolved murder and missing person cases that stand a strong change of being solved with this new technology.

“The team continues to seek new leads and has conducted countless searches in these cases. They have gotten significant tips that are working in our favor to help finally solve these crimes, and I’m very proud of the effort and dedication this team has shown,” he stated.

When asked of his proudest moments during his time in office so far, Craft swiftly acknowledged the hard work and dedication of his deputies during some of the parish’s most difficult moments.

“This past year was an incredible test of the strength and endurance of this department, and I’m proud to say that all of my deputies stood up to the test,” he said.

Craft pointed to an incident that occurred during Hurricane Laura when an area youth was killed after a tree fell onto her family’s home. Despite the storm raging and roads all but impassable, Craft said a group of deputies did not hesitate to venture out in an attempt to help the girl and her family during the horrific event.

“They drove out there on roads that were not driveable, and when they couldn’t go any further by vehicle they walked on foot with chainsaws in their hands and they cut their way through to that family. That is what I consider one of my most proudest moments in this office, knowing I have deputies like that who will do whatever it takes to help our citizens,” Craft stated.

“When we get knocked to our knees, we get right back up and take care of the people of this parish.”