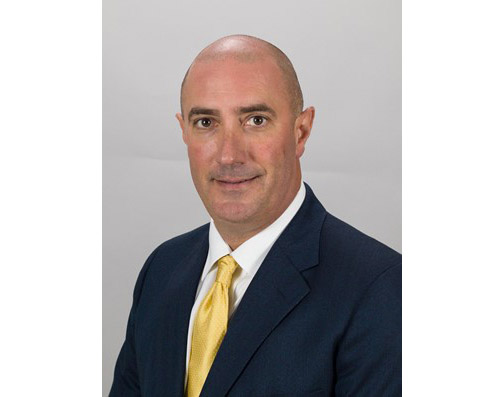 Fallout from McNeese State’s double losing seasons in 2021 has begun.

Monday offensive coordinator Ronnie Letson was let go after the Cowboys struggled on that side of the ball during a 4-7 fall season.

Second-year Cowboy head coach Frank Wilson made the announcement just two days after McNeese suffered an embarrassing 24-20 loss at the hands of Northwestern State. The Demons’ win was their first over the Pokes in Lake Charles since 1988, dropping Wilson’s record to 7-11 at McNeese.

“Very appreciative for all Ronnie Letson has done for us,” said Wilson. “We will move in a new direction. There are things that we want to improve on.”

Offense was the biggest problem for the Cowboys, as the team scored just 24 touchdowns on 44 trips inside the red zone. They were also fifth in the six-team Southland Conference in points per game (24.5), total offense (344) and yards per play (4.88).

Only winless Houston Baptist’s numbers were worse in the league.

McNeese was second in the conference in rushing yards a game at 155.3, trailing only Nicholls State. But in passing, the Pokes were a league-worst 189.8 average and just 6.7 yards an attempt.

Wilson said he will conduct a national search in an effort to find a new offensive leader who he expects will bring a more explosive and dynamic attack to McNeese.

He added that there was no pressure from above to make the change.

“It was my decision,” Wilson said. He added that there were no other staff changes expected at this time but everything was being evaluated.

He knows there is pressure on him and his staff.

“This wasn’t good enough,” Wilson said of the season. “We need to coach better, we need to recruit better so that we can be better.”

Now the coach and his staff will go on the recruiting trail as the Cowboys try to add quality depth to the roster. That includes both at kicker and quarterback. The kicking game was a hot mess and cost McNeese a chance to win at least five to seven games since February.

But quarterback is in the spotlight as Wilson will have to replace Cody Orgeron, who has been the starter since midway through the 2018 season.

There is talent on the roster at quarterback, but experience is lacking.

Wilson would like to add to the room through the now famous transfer portal. He wants somebody who can come in ready to play.

“We have some interest out there,” Wilson said. “The ones that you covet you have to go fight for. So we are ready to go out there and fight for them.”

Freshmen Devon Tott and Dillon Simon, a product of Lake Charles College Prep, were both sited by Wilson as to be in the fight for the starting job. Orgeron backup Cade Bartlett, who played sparingly this year, could also be in the mix.

Then there is Walker Wood, a transfer from Kentucky who was moved to wide receiver this fall. Wilson said he could move back to quarterback if needed.

Still, the likely hope is to get somebody from the portal who can come make an immediate impact on the offense to go along with a new coordinator.

As for his future, Wilson joked, “I’m not hot right now baby,” when asked about his own potential job movement.

“I love this city and the people here. I want to be here. We have to do our part and win games. We have to figure out what are next steps are and how do we get to where we want to be.”

For the fans there is only one place, back atop the Southland standings. That’s a place McNeese hasn’t been since 2015 under Matt Viator.

Until the Cowboys get back there, all seats will remain hot and more changes are likely.

Cowboys start slow, then go on scoring binge to…