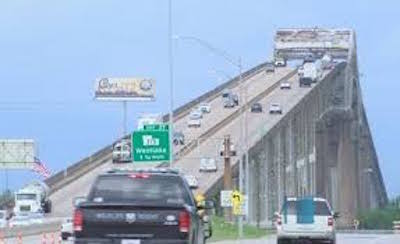 Outdated bridges like the Interstate 10 bridge over the Calcasieu River at Lake Charles are a major reason the state gets back transportation reports.

Those who drive and ride in vehicles anywhere in Louisiana know the state’s roads and bridges don’t measure up to most highway standards. That is because the state has a $15 billion backlog in road and bridge maintenance and needs another $15 billion for mega-projects like a new Interstate 10 bridge over the Calcasieu River.

Passage of the $1 trillion infrastructure bill by Congress is going to help Louisiana fix some of its problems. However, don’t expect any overnight miracles. It remains to be seen how high the local bridge is on the state’s construction priority list since Baton Rouge also needs a new billion-dollar I-10 bridge over the Mississippi River.

New Jersey, Rhode Island, Alaska, Hawaii, and New York have the worst combination of highway performance and cost-effectiveness. So I suppose we should be grateful we escaped the lowest rankings, but we don’t have much to brag about.

Massachusetts, New York, and New Jersey spent more than $250,000 per lane-mile of highway. Missouri, South Carolina, West Virginia, North Dakota, and South Dakota spent less than $30,000 per mile of highway. Louisiana spends $41,800 per mile of state-controlled road and is 15th in total spending per mile and 12th in capital and bridge costs per mile.

Louisiana dropped four rankings from the foundation’s previous report when it ranked 31st. It said the state’s pavement quality and percentage of structurally deficient bridges are disproportionately bad and the biggest driver of its overall rankings.

“While not every highway can be free of potholes, Louisiana has twice as much urban interstate pavement in poor condition as Arkansas and four times as much as Mississippi,” the foundation said.

As for bridge quality, Louisiana has one and one-half as many structurally deficient bridges as Mississippi and four times as many as Arkansas. The foundation report said Louisiana ranks 43rd in overall fatality rate, 45th in structurally deficient bridges, 39th in traffic congestion, 49th in urban interstate pavement condition and 43rd in rural interstate pavement condition.

The Gov. John Bel Edwards administration has done well with the limited transportation money available, like the improvements to I-10 under way at the Texas state line and between Lafayette and the Atchafalaya Spillway.

How does Louisiana get better? The report said Louisiana could examine how Arkansas and Mississippi are able to get better quality highways and bridges at Louisiana’s equivalent cost.

The Legislature did dedicate 60 percent of motor vehicle sales tax collections this year to the Construction Subfund of the Transportation Trust Fund. However, it won’t produce any funds for roads and bridges until $148 million in 2023-24 and $296 million annually in 2024-25 and thereafter.

Efforts to raise the state’s 20 cents per gallon gasoline tax have been unsuccessful. The states with lower or equivalent gas taxes are Alaska, 14.7 cents per gallon; Missouri, 17.4 cents; Mississippi, 18.8 cents; New Mexico, 18.9 cents; Arizona, 19 cents; and Oklahoma and Texas, 20 cents each.

Gasoline taxes have been raised in 31 states since 2013. Five states have waited more than 30 years since last raising their gasoline taxes. Alaska last raised its gasoline tax in 1970, Mississippi in 1989, Louisiana and Arizona in 1990 (31 years ago) and Colorado in 1991.

The law passed earlier this year and a 10-cent per gallon increase in the state’s gasoline tax would eventually produce $600 million annually, which would be a great start at improving our highway and bridge system. However, we know that a gas tax increase isn’t going to happen, so don’t look for too many better roads and bridges anytime soon. 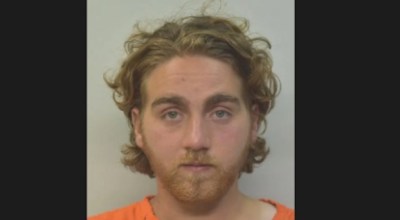 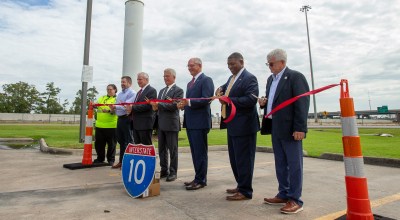 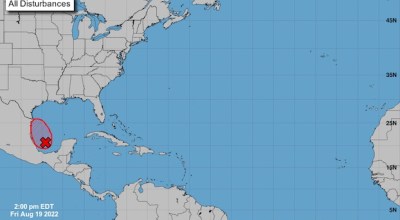