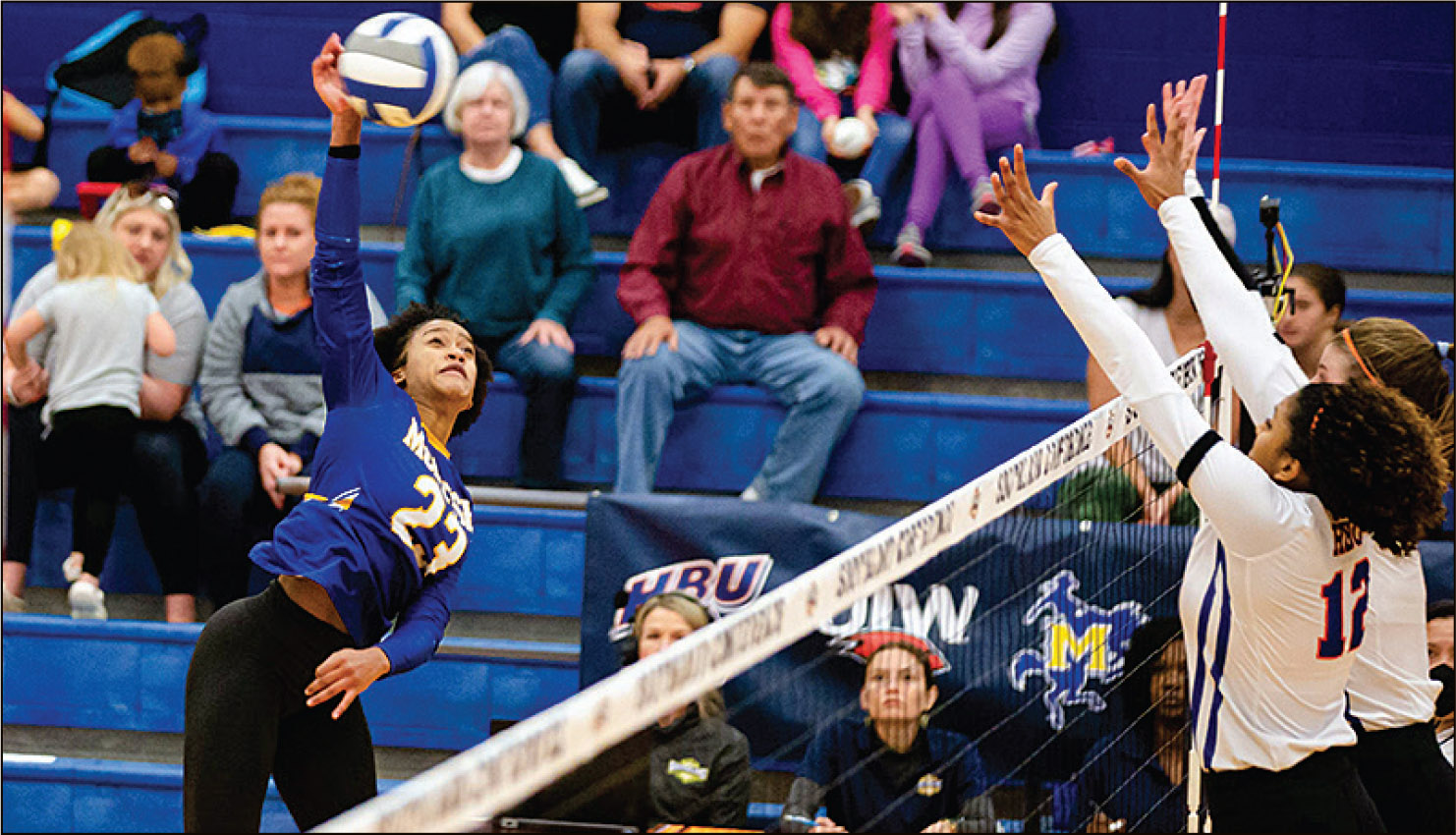 McNeese State’s Aryn Johnson skies to get the ball over the net against Houston Baptist during a Southland Conference Tournament semifinal match Saturday in Houston. Johnson recorded a double-double of 18 kills and 12 digs in the Cowgirls’ victory. They will play today in the final for the first time since 1999. (Southland Conference / Special to the American Press)

HOUSTON — Anyse Smith smashed a match-high 25 kills and McNeese State advanced to the championship match of the Southland Conference women’s volleyball tournament for the first time since 1999 after beating Houston Baptist 3-1 Saturday.

The third-seeded Cowgirls (18-10), who have won nine of their last 11 matches, will play No. 1 seed and regular-season champion Texas A&M-Corpus Christi in the championship match at 2 p.m. today. The Islanders (18-9), the defending tournament champions, eliminated No. 5 Incarnate Word 3-0 in the other semifinal to extend their winning streak to seven matches.

The Islanders swept the Cowgirls 3-1 and 3-0 this season. They are playing for their seventh championship and fourth SLC Tournament crown in program history. They are also looking to earn the automatic bid and make their fourth NCAA Tournament appearance.

Aryn Johnson recorded a double-double of 18 kills and 12 digs for McNeese. Ceci Harness passed out a match-high 26. Baylee Laskoskie had 23 assists and made six digs. Lizzy Low led all players with a career-high 28 digs. Bria Plante made four blocks while Jaylin Gordon and Smith made three each. 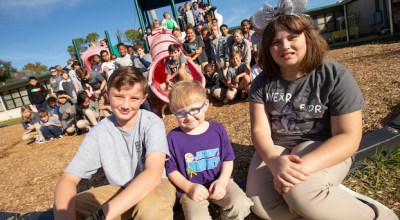