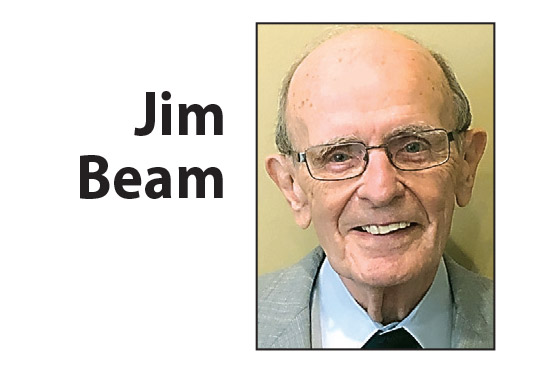 New Orleans Mayor LaToya Cantrell was re-elected to a second term Saturday and she helped defeat one of the most progressive tax reform measures ever enacted by the Louisiana Legislature. However, Cantrell had help from some top Republican leaders on her second goal.

Amendment No. 1 on Saturday’s ballot that was defeated would have set up an eight-member commission that would collect and distribute state and local sales taxes. Under current law, Louisiana businesses have to send the sales taxes they collect to as many as 54 tax collectors in 64 parishes.

Cantrell last month said to her New Orleans voters, “I urge you to vote no on Constitutional Amendment 1 on Nov.

13. Let’s keep New Orleans in control of her own destiny.”

In order to understand one reason why Cantrell opposed the amendment, we have to go back to an August meeting of the State Bond Commission. The commission’s job is to ensure that political subdivisions, like Orleans Parish, can borrow money for projects, that they are legal and that the debt can be repaid.

Unfortunately, Republican members of the commission in recent years have used the commission’s legislative powers to promote their personal political views on issues like gun control and mask and vaccination mandates.

The commission voted 12-2 on Aug. 19 to withhold financing for over $30 million worth of public and private construction projects in New Orleans and $28 million for Superdome renovations.

Block asked if those delaying the funding knew whether it might cause a problem. He said there were bills owed to contractors that had to be paid. He never got any answers.

The Illuminator, an independent, nonprofit, nonpartisan news organization, reported that several of the Republicans on the bond commission were upset with Cantrell for imposing tougher COVID-19 restrictions in her city.

Rep. Jerome Zeringue, R-Houma, is chairman of the House Appropriations Committee. He made the motion to delay the New Orleans projects. He said in an interview that Cantrell’s virus restrictions were a factor, but not the entire reason for suspending the funding. He declined to say what the other reasons were.

Speaker of the House Speaker Clay Schexnayder, R-Gonzales, seconded Zeringue’s motion and also declined to fully explain why the projects were stalled. Schexnayder has to be second-guessing his role in delaying the projects because he was author of Amendment 1 that was defeated Saturday.

Mayor Cantrell had no problem explaining why she opposed Amendment 1. She mentioned the bond commission’s decision to delay funding for New Orleans projects.

“We cannot afford to let politicians who have no ties to New Orleans make decisions that affect our future without our input or guidance,” Cantrell said in an email to her supporters.

Like other local government officials, Cantrell may not have been happy about turning over her city’s sales tax collections to a state commission. However, the bond commission delaying action clearly clinched her decision to oppose the amendment.

The amendment was approved by comfortable margins in East Baton Rouge, Jefferson, Lafayette and Rapides parishes. The votes for it were closer in St. Tammany and Caddo parishes. It lost by only 68 votes in Calcasieu Parish.

The bond commission did approve funding for the New Orleans projects and the Superdome at its September meeting However, it was clear at the August meeting that there was no legitimate reason to delay that funding.

Block, the governor’s representative on the commission, tried to get the real motive out in the open when he asked, “What is the commission looking for?” For the second time, he got no explanation.

Louisiana needed the centralized tax collection system that Amendment 1 would have set up. Local governments had equal seats on the eight-person commission that would have established the rules of operation.

Schexnayder’s Amendment 1 was approved 97-4 in the House and unanimously in the state Senate. Unfortunately, Schexnayder and Cortez, the leaders in both of those chambers, were major players in giving Mayor Cantrell reasons to oppose Amendment 1 that helped lead to its eventual defeat.