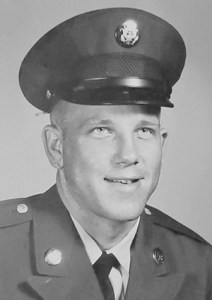 He graduated from Sulphur High School, then was drafted to serve his country during the Vietnam War, serving in the 25th Infantry Division, Tropic Lightning. After one tour he received an honorable discharge and returned home to his loving wife and firstborn son, Todd.

He was employed with Firestone Polymers as a pipefitter, then decided to partake in the cush job as a security guard who enjoyed the A/C. Later in life he began working for Dunham Price and remained there until his retirement. Retirement didn’t slow him down, he proudly took up the job as “Site Supervisor” to any job he accompanied his sons on. He was a jack of all trades who enjoyed tinkering or accepting the challenge to fix anything that was broken.

From the best seat in the house, he enjoyed watching his beloved New Orleans Saints football games, old western movies, or even NCIS.

He was welcomed into Heaven on Wednesday, November 3, 2021 by: his parents, Sammie Eugene and Myrtle Luertha Clark and a sister, Pat Berry.

The family will welcome friends on Saturday, November 20, 2021 at Johnson Funeral Home of Moss Bluff beginning at 10am til time of service, with a  Rosary to be prayed at 11am. A memorial service led by Father Guilbeau will begin at 11:30am with burial to follow at New Ritchie Cemetery.