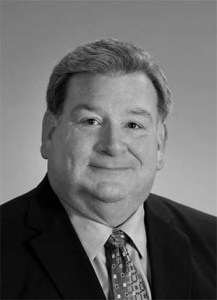 Mr. Eason was born on Aug. 24, 1951 in New Orleans. He lived in Lake Charles all of his life and was a 1969 graduate of LaGrange High School. He furthered his education at McNeese State University receiving a bachelor’s degree in prelaw and a master’s degree in psychology and was a member of Phi Kappa Theta.  Mr. Eason served his nearly 40-year career at JD Bank and retired as the Lake Charles City Market President. He was a Member of Our Lady Queen of Heaven Catholic Church where he belonged to the Knights of Columbus. Mr. Eason was a lifelong supporter of the Boy Scouts and was the recipient of the Silver Beaver. He also served as past president for the McNeese Alumni Association.

He was an avid outdoorsman who enjoyed hunting and fishing and he also enjoyed cooking for others.

He was  preceded in death by his parents, Carolyn Bosworth Eason and Calvin Eason Jr.

A funeral mass will be held at 10 a.m. on Thursday, Nov. 18, 2021 at Our Lady Queen of Heaven Catholic Church. Monsignor Jace Eskind will officiate. Burial will follow in Consolata Cemetery under the direction of Johnson Funeral Home. Visitation will begin in University Baptist Church on Wednesday from 4 p.m. until 8 p.m. with a rosary being recited at 6 p.m. by the Knights of Columbus. Visitation will resume at Our Lady Queen of Heaven on Thursday from 9 a.m. until the start of the service.

In lieu of flowers, donations may be made to the First Choice Fund of the McNeese Foundation, mcneesefoundation.mcneese.edu or to Catholic Charities, catholiccharitiesusa.org.