McNeese sticks with Southland in move that will bring millions in for SW La. tourism 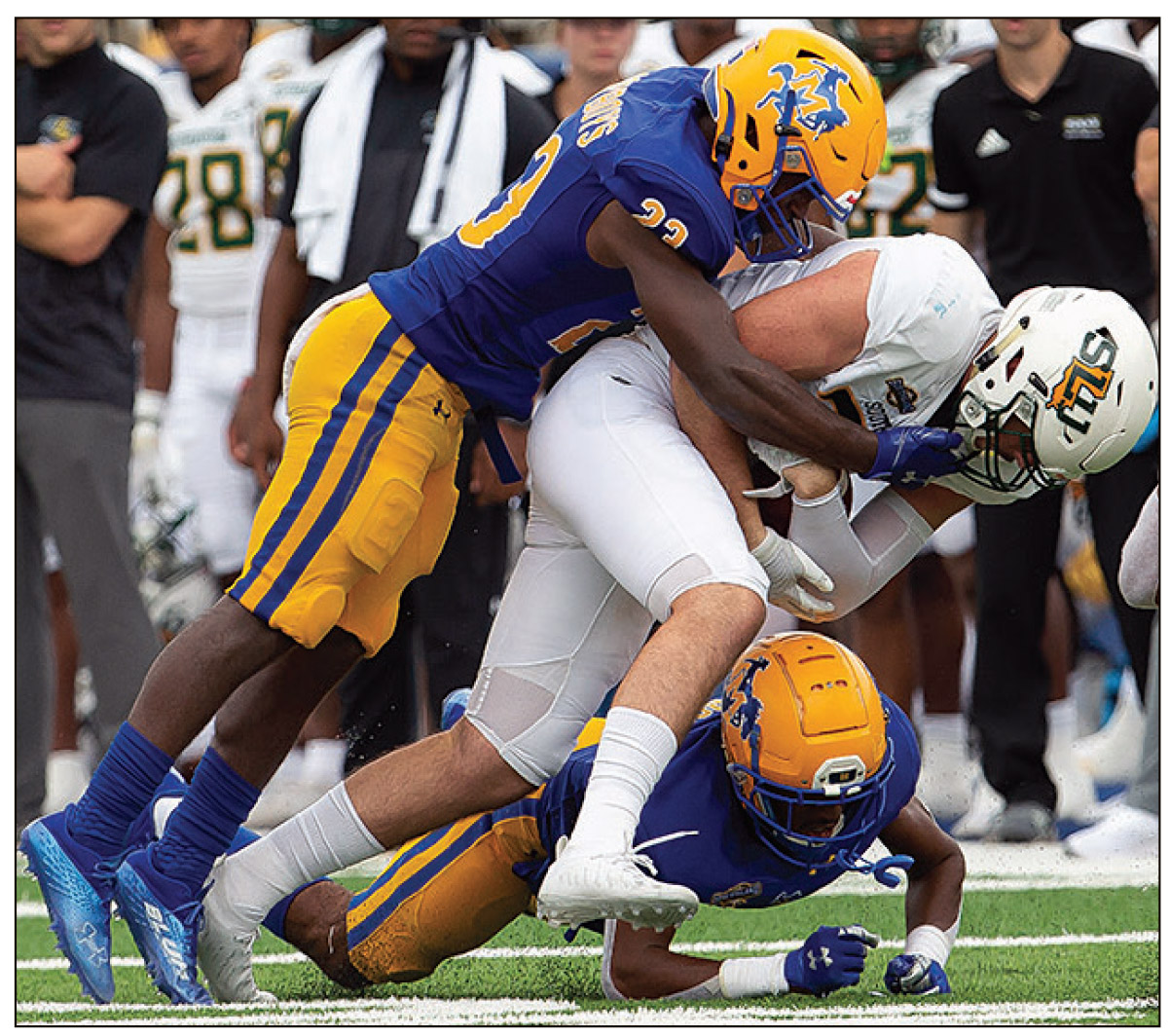 In a surprising turn of events, McNeese State is staying in the Southland Conference.

Less than two weeks after receiving an invitation from the Western Athletic Conference, and flirting with Conference-USA in hopes of finding a path to the FBS, university officials decided there is no place like home.

McNeese announced on Tuesday it was staying in the Southland and turning down the WAC.

How long the relationship lasts is another question, but for now McNeese is staying put. As for the conference it has called home for the last half century, sources told the American Press that the SLC may have dissolved had the Cowboys left.

McNeese, which was believed to be just hours from signing with the WAC on Monday, worked out an 11th-hour deal to stay in the Southland and become the de facto lead school in the league. This puts on hold talk of moving up to the Football Bowl Subdivision level for right now.

It does not, however, change McNeese’s desire to position itself for a future move into college football’s elite division.

“Our goal ultimately is still to find a pathway to the FBS,” said McNeese Athletic Director Heath Schroyer. “That hasn’t changed.”

What did change was the landscape over the last two weeks. The WAC, which is a dormant FBS league, lost two schools to Conference USA in Sam Houston State and New Mexico State that are football-oriented. Both moved to C-USA taking with them the WAC’s current road to that level.

“When New Mexico State and Sam left the WAC the juice was not the same in the room,” said McNeese President Daryl Burckel. “The talk was about a much longer time frame in moving up and some of the push was gone.

“We just did not want to have other schools making the decision on our future for us. We want to be the ones deciding what is in the best interest for McNeese in the coming years.

“We remain committed to finding a path to FBS Football. After evaluating several options, and a lengthy discussion with the newly invigorated Southland Conference leadership team, we are excited about the commitment the SLC has made to the Southwest Louisiana community. This agreement better positions us to pursue our goal of becoming an FBS football institution, while providing much-needed economic stimulus for our community.”

“The WAC was not the same conference it was two weeks ago,” Schroyer said. “We are still very flattered with the offer but at this time we did what we believe is in the best interest of our school, athletes and coaches.”

Schroyer cut a big deal for McNeese, the city of Lake Charles and Southwest Louisiana in order to stay put. To remain in the SLC, the conference will bring back to the city its annual Football Media Day for the next five years.

The event has been held in the past at the L’Auberge Casino Resort. The SLC moved it to Houston hoping for better media coverage but that hasn’t been the case. It will return to Lake Charles next summer. That, however, is just the start.

McNeese will also host both the men’s and women’s conference basketball tournaments, as well as those for baseball and softball, for the next four years starting in 2023. The school will also have the right of first refusal to continue hosting those events when that time expires.

“I think it is important for us to get these events and bring them to the city,” Schroyer said. “It will be a big boost to our economy and I hope will help in the recovery process of both the school and Southwest Louisiana.

“This was very important to us, not only for the money to the area but to showcase the improvements and changes that are going on with the recovery from the hurricanes.”

McNeese will also be given a position on the league’s board. Schroyer will serve as an advisor to the commissioner and plans to recruit schools into a new-look, rebranded Southland. That could include those schools that have recently left. Even a new name for the league could be considered.

“I will be talking to anybody who is interested in us,” Schroyer said. “I will help in actively recruiting other schools into the league and do what I can to expand the conference.”

That could include Incarnate Word, which was given an invite to the WAC at the same time as McNeese. Cardinal officials have not made a final decision themselves as everybody appears to be waiting for the next shoe to drop in the realignment drama.

Lamar, which was one of five schools to leave the Southland over the summer, could also be a target as well as Tarleton State. Both have shown recent interest in moving up to the FBS level.

“We have been very transparent in that our desire was to find a pathway to the FBS as fast as possible,” Schroyer said. “That hasn’t changed.”

To that end, sources have told the American Press that McNeese has been given a zero buyout from the conference if it leaves to play in the FBS level. That could end up being a golden ticket one day.

The Cowboys are the oldest members of the conference, having been with the league for the last 50 seasons, winning 14 championships in football.

“We are absolutely thrilled to confirm the continuation of McNeese’s long-valued membership in the Southland Conference,” league Commissioner Tom Burnett said. “For a half-century, Cowboy and Cowgirl athletics have experienced constant success in the Southland Conference, and we look forward to McNeese continuing to compete for league championships and national acclaim in the years to com

With the Cowboys staying, the SLC has just five football-playing FCS schools heading into next season. A league needs six to get an automatic berth into the playoffs, but the SLC will have a two-year waiver giving it time to rebuild its membership. The league also has a deal to play games against the Ohio Valley Conference the next two years.

Incarnate Word would give the league six if it stays. Texas A&M-Commerce could become a sixth if the NCAA allows it a waiver.

Commerce is in a transition period moving up from the Division II level, having just recently agreed to join the SLC. It will begin play in the Southland next fall but it takes four years to transition to FCS status unless the NCAA grants the school an automatic waiver.

Burnett has said the league is looking to add more schools if the “fit is right.”

McNeese figured its best fit right now was to stand pat and rebuild the league it calls home.