Jim Beam column:Where do we go from here? 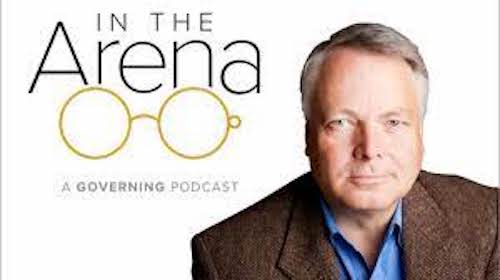 Clay Jenkinson, editor-at-large at Governing magazine has come up with suggestions for dealing with a troubled world.

Many of us are terribly unhappy about our country right now. Congress can’t seem to get anything done. Parents are protesting the wearing of face masks in schools. Police and others are refusing to get the COVID-19 vaccinations.

Former President Donald Trump and his son are bombarding us with daily emails either seeking donations or criticizing President Joe Biden’s administration. I was offered a new welcome mat for a donation that says, “Don’t Blame This Family — We Voted for Trump.”

Crime is on the upswing. School board and other meetings have become war zones. Many people believe the pandemic is over and have quit wearing masks. “You can’t take away my personal freedom” has become the No. 1 battle cry.

Clay S. Jenkinson, the editor-at-large at Governing magazine, has explained what he calls “the current situation” well in a column titled, “Further Reflections on America’s Path Forward.”

Jenkinson said, “… Most people look at the last 20 years, and particularly the last six, and ask, what happened? Where are we now? What comes next?

“Most thoughtful people are pretty sure of the direction they want the country to pursue, but are equally uncertain about what their own role, if any, should be. What does it mean to be a citizen of the United States in 2021?”

Jenkinson has come up with what he calls four ways of coping with “the situation.”

“The first method is Escapism —just turn away from it all in disgust or despair and binge watch Law and Order,” he said. “It’s possible to enjoy the good life in America without ever thinking about government or public policy. Distraction is more satisfying than engagement at any level. A plague on both your houses.”

The second option he describes as “the Enlightenment of One.” We can pursue happiness in our own way. Leave us alone with our toys, gadgets, entertainments and private pursuits of enlightenments.

Jenkinson adds, “… Of course, I wish the rest of you would see the light, but it’s not worth my trying to convince you. If you will just leave me alone and don’t get in my way, we’ll be just fine.”

The third option he calls Voluntary Community. We can spend our time with like-minded individuals, friends in our own zip code, in the state, scattered around the country or even beyond, friends in cyberspace.

Jenkinson said he could be a Trump conservative in a blue state or a Bernie liberal in a hard red state, but his community isn’t tied to a place where he lives and works. “I like my book club. I play chess on Zoom with my friend in Rome,” he said.

Get into the Arena is the fourth option. Engagement is the answer, Jenkinson said, not escape … “If you want to live in a republic, you are going to have to fight for it. Of course, it’s a hassle. But engagement is the price of human freedom.”

Jenkinson said most of the people he has heard from place themselves in Enlightenment of One and Voluntary Community. Quite a few think escapism is the only answer and thank goodness for Netflix and Amazon. They don’t think Joe Biden is the answer to our problems, he said, but they think he has brought the political temperature down.

The best governmental change is taking place at the local and state level, Jenkinson said. He added that Thomas Jefferson was right when he said turning away will only make things worse. Turning away ends up giving the levers of power to those who serve themselves and their cronies.

Jenkinson said, “Jefferson believed that civility and good manners are infectious; that by showing what he called “artificial good humor” on all occasions, we not only teach others the art of polite disagreement, but our civility has a measurable shaming effect on those disposed to be more boisterous.”

Getting involved could consist, he said, of letters to the editor, comments in social media, letters to public officials, speaking up at public meetings or getting on a school board or city committee.

Jenkinson said all of the positive pieces of mail he has received came from those who believe the answer is no longer in the national arena, but in communities much closer to home, in local, parish and state government.

I have been involved in those three arenas for over 60 years and have lost more battles than I have won. However, the victories have been sweet and provided the encouragement I needed to keep up the good fight.

(Jenkinson’s column is available at https://www.governing.com/context/further-reflections-on-americas-path-forward).