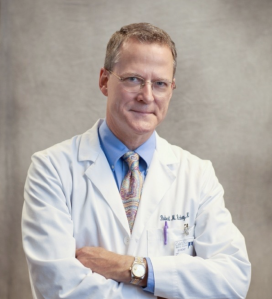 Born in Ferriday, La., he was the son of the late Verne and Johnnie McIntire Richey.

His love for the Lord and his family were superior. As a Board-Certified Physician of Internal Medicine in 1992, Bob loved practicing medicine. He had a genuine passion of caring for his patients. He practiced for eight years in DeQuincy, La. and 20 years in Florence, S.C. At the time of his passing, he was a practicing physician with Prisma Health.

In his spare time, he enjoyed vegetable gardening.

In addition to his parents, he was preceded in death by his sister, Catherine A. Richey Devall.

In lieu of flowers, memorials may be made to St. Jude’s Children’s Hospital, 262 Danny Thomas Place, Memphis, TN 38105.

Condolences may be left for the family by visiting www.thomasmcafee.com.