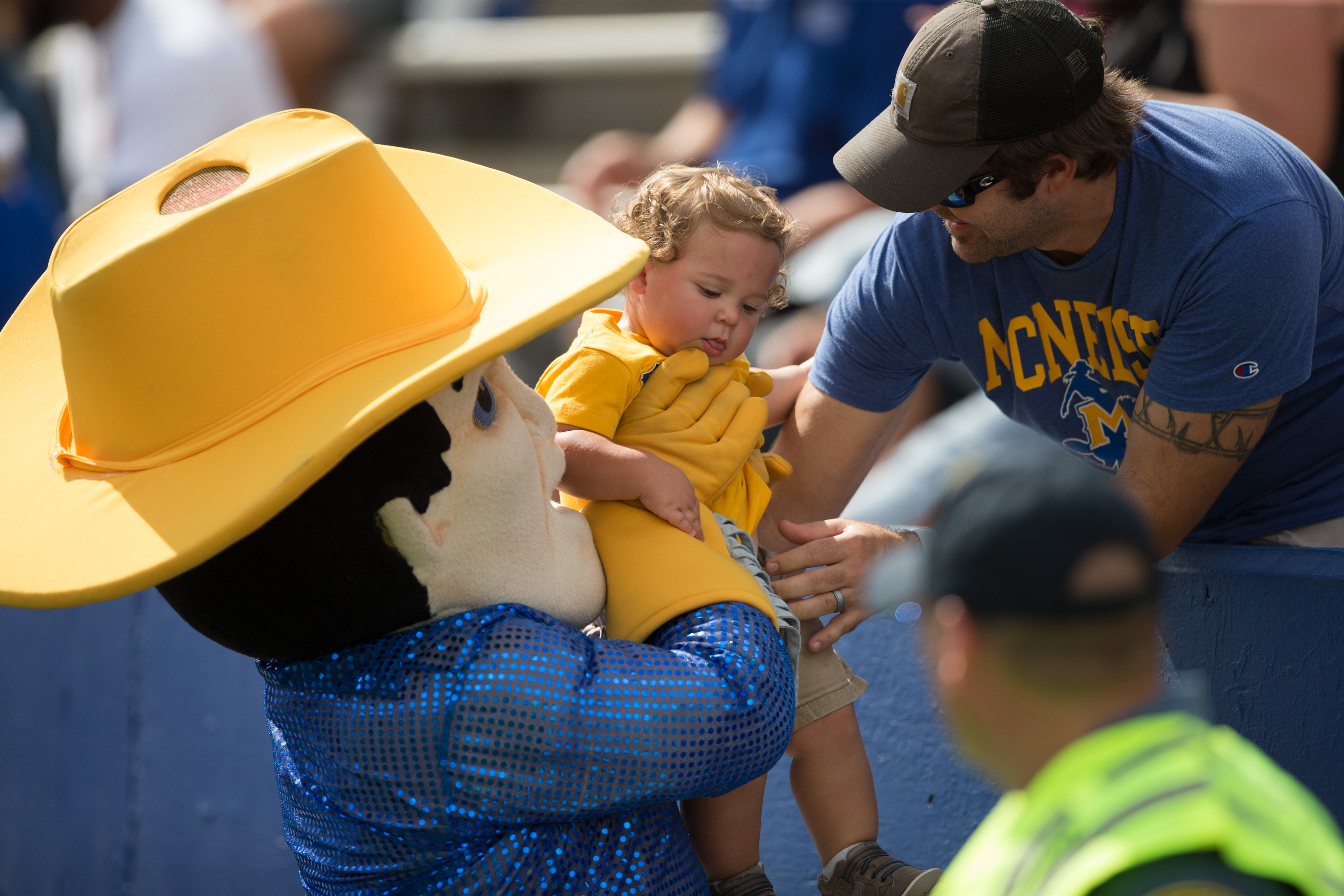 Third time proved to be charming.

On a day when McNeese State gave away crowns, the football team became kings of their own court.

Pulling off a stunning upset, the Cowboys upended No. 16 Incarnate Word, ending an ugly streak against the Cardinals in the process.

The 28-20 Homecoming victory Saturday in front of 7,498 inside Cowboy Stadium showed what might have been this fall, and maybe even what still could be.

Pounding away at UIW star quarterback Cameron Ward, McNeese beat the Cards for the first time in three tries over the last eight months. Ward, their personal kryptonite, proved human despite an heroic 39 of 59, 455-yard performance and a pair of touchdowns.

“He wants to make the super hero plays,” said McNeese linebacker Kordell Williams. “We were not going for any super hero stuff today.

“We wanted to keep him in the pocket, keep after him and hit him. We played hard, played smart. I enjoyed it.”

So did All-American end Isaiah Chambers, who had four of the 10 McNeese sacks. The Cowboys also picked off three Ward passes, all which led directly to touchdowns.

For good measure, Williams and end Mason Kinsey finished Ward off by forcing a fumble with a sack on Incarnate Word’s final play with 19 seconds left. When Masry Mapieu fell on the ball at midfield the upset was official.

“A great win for us,” said McNeese head coach Frank Wilson. “You have to face your fears and your failures. We have failed against this team. We had to go through them today.”

The four turnovers and 10 sacks were both season-highs for the Cowboys, who at 2-2 in the Southland Conference and 3-4 overall are back in the mix, though a lot would have to go right to actually contend for the title.

UIW had beaten the Cowboys by a combine of 79-20 in two games dating back to last spring. Just a month ago they won 31-0 in San Antonio, Texas, a game McNeese quarterback Cody Orgeron called “embarrassing”.

Ward had six touchdowns and 658 yards passing in those games.

“We were tired of hearing about them and him,” said Chambers. “We all wanted to just hit him. We are all dogs, we all bite.”

The McNeese offense took a bite out of Incarnate Word early, scoring on a 49-yard pass from Orgeron to tight end Jamal Pettigrew on a 4th-and-1 play six minutes into the game.

“It worked out great. They were all out to stop the run and Jamal was wide open. I just needed to hit him.”

Deonta McMahon took over from there, scoring on runs of 27 and 11 yards to give McNeese a 21-0 lead with 4:04 remaining in the first half. He finished with 82 yards on 13 carries. Both times he scored untouched around right end.

“My eyes got really big on those,” McMahon said. “The line opened up the holes and all I knew was I had to get this.”

Incarnate Word found its game after that, scoring on the last play of the first half when Ward hit Taylor Grimes on a four-yard pass in the corner of the end zone. Then on the first drive of the second half the Cards struck again on a 46-yard Kevin Brown run, but both times the extra point was missed — one kicking, one running — so the lead stayed two possessions, 21-12.

“We fought extremely hard on every play,” said Wilson. “This was a hard fought victory. We did things that had to be done to win.”

Orgeron seemed to put the game away with his 11-yard run one play after Colby Richardson’s interception and 37-yard return. With 10:08 left the Cowboys led 28-12.

But Walker Wood recovered the onside kick and a Callum Eddings punt was downed at the 2. A false start pushed UIW back to the 1 with 1:57 remaining.

Ward could only move the Cardinals as far as midfield before he fumbled the ball with 19 seconds left on fourth down.

“Considering all that we have had to overcome against that team, this was a great, great win,” said Wilson.

One could even call it a crowding achievement.