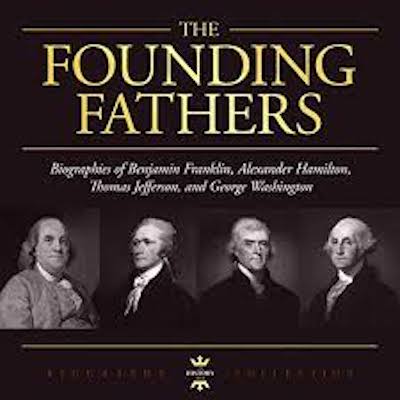 Many Americans today sound much like the men who put together this country’s first federal government. The original 13 colonies became independent states after the Revolutionary War and each one regulated its own taxation, its commerce, its voting, its currency, its courts and a hundred other matters.

State officials at the time didn’t want any governors, judges, tax collectors or others telling them what to do. The most common refrain we hear today is, “I just want the government off my back.” However, the colonists eventually agreed a central government was needed, but weren’t willing to give it too much power.

The Articles of Confederation provided for Congress to have only one house. Each state could elect from two to seven members and the Congress would make laws, but each state had only one vote.

It took a majority of states to pass a law. Important laws required nine states and any change in the Articles had to receive the vote of every state. There was no provision for a president or other executive officers, judges or courts.

Congress had the power to declare war, make treaties, borrow money and settle disputes between the states. However, it had no power to tax the people or collect duties on imports or control commerce.

Men like George Washington and Alexander Hamilton realized the central government that had been created wouldn’t be strong enough to preserve order at home and win respect from  other nations.

Hamilton, who was 23 in 1780, offered a solution in a letter to a member of Congress from New York. Congress, he said, must have complete authority in foreign affairs, armies and navies, the coining of money, to lay and collect taxes, regulate commerce, establish banks and compel the states to obey its laws.

Washington asked whether colonists had fought through the long Revolutionary War only to become a collection of 13 jealous and quarreling little republics.

In a letter to the governors of those states, he wrote, “There must be lodged somewhere a supreme power, without which the union cannot be of long duration, and everything must (could) very rapidly tend to anarchy and confusion.”

Leaders in other countries didn’t respect the new nation. Benjamin Franklin, who was minister to France, said he couldn’t get the French government to take Congress seriously. Prophecies were made that before long the United States would be begging King George III to take them back into the British Empire.

After six years, it was clearly evident the Articles of Confederation weren’t working. The solution was creation of the Continental Convention to be attended by 55 distinguished Americans elected by the legislatures of the states.

Instead of revising the Articles of Confederation as the delegates had been instructed to do, they decided to make a new constitution. It’s the U.S. Constitution that is still in effect today. Unlike members of today’s Congress, the 55 men at Philadelphia settled a series of disputes with compromises.

As one American history textbook put it, “By the adoption of the Constitution our country passed from weakness to strength, from anarchy to order, from death to life. And this without revolution or military dictatorship.”

William Gladstone, considered to be a great English statesman, called the U.S. Constitution “the most wonderful work ever struck off at a given time by the brain and purpose of man.”

The Constitution has served us well for over 230 years, but today’s nation has given us some serious challenges we can’t seem to solve. Clay S. Jenkinson, editor-at-large of Governing magazine, in one report calls it “the situation.”

“… America seems to be disintegrating,” he said. “Our national political system seems to be paralyzed. There is a great deal of anger and distrust awash in the land. Each of the two main tribes (the Right and the Left) declares that the other one is a clear and present danger to the future of civilization.

“Some tens of millions of people continue to argue, and perhaps believe, that the 2020 election was stolen. We cannot even agree on basic public health measures in the face of the worst global pandemic in more than 100 years.”

Jenkinson has some suggestions about how we can deal with “the situation,” and we will talk about that next time.