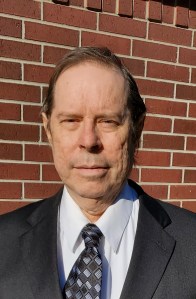 On Thursday, Oct. 7, 2021, Roger Dale Martin, devoted husband, father, brother, uncle and friend, passed away at the age of 70 after a courageous health battle. He was the first child born to Kenneth and Audrey Martin, on July 4, 1951, in Abbeville, La.

Roger grew up in Louisiana where he attended Westlake High School, graduating class of 1969, and continued his education at McNeese State University, graduating in 1979 with a Bachelor of Science in accounting.  Just two years later, he became a CPA at the age of 29.  Roger enjoyed reading and continuing his education and went on to the College of Law, at the University of Houston; graduating with his law degree and began practicing at the age of 37 in 1988.

In 1985, he met his wife Denise at Colonial Hills United Methodist Church in San Antonio where he had recently moved to for work.  It did not take long for the bond to start building, they talked about cars and traveling and all the things they enjoyed doing.  They were united in marriage in July of the following year.  Denise supported this desire to continue his education and they relocated to Houston so that he could pursue his degree in law.  Roger and Denise were blessed with their son Cameron in 1999.  Roger enjoyed taking vacations, reading non-fiction, solving complex problems, tax law, and most of all spending time with Denise and Cameron.

He is gone but never forgotten, leaving his loving memories in all our hearts forever.