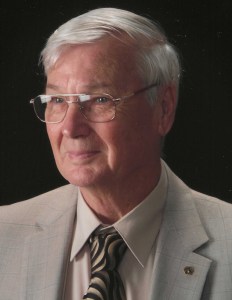 Mr. Prather was a resident of Lake Charles for forty-three years.  He was a native of Church Point, La., where he was raised on his family farm and was a 1955 graduate of Church Point High School.  Shortly thereafter, he joined the U.S. Army where he retired, Sergeant First Class with twenty years of service.  While in the Army he served a tour of duty in Vietnam.  He later served the State of Louisiana Department of Corrections, retiring a Captain with twenty years of service.  He was a member of the American Legion Post # 179 and Woodmen of the World.  During his younger years he enjoyed following his son in Little League Baseball and working the sideline chains for football games, watching football and talking sports.  He had a love for dogs, something he shared with his daughter, as well as, watching John Wayne westerns, eating holiday candies and cookies and taking the “grand dog” for walks.  He also enjoyed reading, road trip travels with groups of friends and hanging with family.  An honorable man of service, family and faith, Mr. Prather was a member of University Baptist Church.

He was preceded in death by his parents, Ulric and Nell Hartwell Prather and two sisters, Elaine Prather Vidrine Howerton and Ruby Lee Prather Keller.

Funeral service will be at 10 a.m. Tuesday, Oct. 19, 2021, at University Baptist Church under the direction of Johnson Funeral Home.   The Rev. John Astling will officiate.  Visitation on Monday will be from 5 p.m. until 8 p.m. and will resume Tuesday from 9 a.m. until the time of service at the church.  Visitation Tuesday in Richard will begin at 1 p.m. at Pilgrim Rest Baptist Church in Eunice (Richard) followed by a Graveside service and Military honors at 2 p.m. at Pilgrim Rest Baptist Cemetery.

In lieu of flowers, donations may be made to Acadian Baptist Center, 1202 Academy Dr, Eunice, LA 70535 or giving.ncsservices.org.