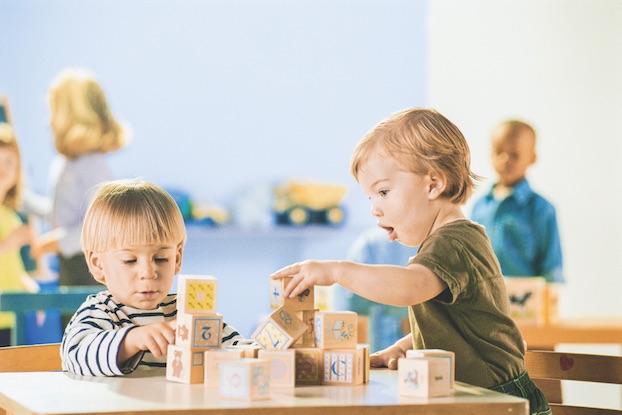 The Vernon Parish Head Start program is soliciting federal leaders for more funding, officials said this week, as the number of families seeking assistance through the program more than doubled this year.

Officials behind the Vernon Parish district’s Head Start program updated school board members Thursday morning on the success the program has had since introducing its new Early Head Start programs. The Head Start program now offers a total of three programs that allows children from birth to age 5 to receive child development care and services.

Head Start Administrator Cheree Atkins told school board members the program services 641 students, which is the maximum budgeting will allow at this time, when before this year the program was servicing 230. Atkins said the program also has a wait list of 105 students.

“We are very, very busy, but it is a good busy. We hear families every day come in saying how grateful they are (for the program),” Atkins said.

Atkins attributed the sharp rise in numbers to the addition of the Early Head Start Program in April of this year, which allows the youngest members of families to have a spot in the program. Traditional Head Start programs typically only offer services to child ages 4 and up.

Atkins further broke down the enrollment numbers, saying there are 80 children enrolled in the Early Head Start program, with another 64 children within income eligibility standards on a waiting list. Another 27 students are on the waiting list that are considered above income eligibility standards, she said, bringing the total number of children waiting for the Early Head Start program to more than 90.

The program is presently only offered at two designated sites in the Vernon Parish district — North Polk Elementary School and East Leesville Elementary.

“So you can imagine if we were to open it up district-wide, we would really have an influx of families that need the services,” she said.

The school board gave approval to introduce the Early Head Start program in April of this year, when it approved the acceptance of a $3 million federal grant to fund the start-up of the program in the district.

On Thursday, Atkins said that she is soliciting for additional federal funds to accommodate more children in the program, specifically to include the 64 waiting children that are considered income-eligible.

She said that the Early Head Start program costs approximately $16,000 per child.

Atkins said she hoped to be able to expand the program into other locations in the district in the future, and encouraged families outside of the two designated areas to apply so that leaders could use that information to decide where another site location could be the most useful.

Vernon Parish was one of the few districts across the U.S. selected to initiate the early intervention program, and Assistant Superintendent Mike Kay told the American Press that board members considered it a compliment to be chosen.

“I do believe we have an exemplary Head Start program in our parish, and I do believe that may be why we were selected as one of the few districts to receive this grant,” Kay said.