A pair of streaks will be on the line in District 4-3A high school football play Friday night as Lake Charles College Prep looks to extend its streak of 10 consecutive district wins, while Iowa hopes to keep its perfect start to the season intact with a seventh straight win.

The Trailblazers defense made a goal-line stand highlighted by a Daylon Sibley stop on fourth down.

“We finally played a consistent game, minimized the penalties,” Blazers head coach Erick Franklin said. “Guidroz did a great job. He has a good understanding of what is going on. He is quick and twitchy.”

St. Louis opened district play with a 62-42 loss to Jennings. Saints quarterback James Reina set a school record with 400 passing yards in the game. Grant Evans made nine receptions for 200 yards and three touchdowns. Marcus Duhon had 11 catches for 162 yards and two touchdowns. James Phillips ran for more than 100 yards for a second consecutive week.

“They have good talent and I like (Saints head coach Brock) Matherne,” Franklin said. ‘They are a disciplined team.”

Franklin said his secondary’s practice reps against Prep’s strong set of receivers the past two years will help against the Saints. The Prep secondary features a college commitment in senior Joe Ward and highly touted junior recruit Curley Reed.

“They had to practice man-to-man against college receivers the past two years, that helped them a lot,” Franklin said. “I like them against anybody.”

Iowa has held opponents to a total of 100 points in six games but faces a challenge in the Bulldogs, who ran for more than 400 yards against St. Louis. Running backs Jamaric McZeal (226 yds., 2 TDs) and Rejohn Zeno (131 yds., 3 TDs) had big games and Trevor Etienne ran for 119 yards and two touchdowns while playing quarterback.

“Now he has that ball on every play and he can throw it too,” Iowa head coach Tommy Johns said of Etienne. “There’s not one thing I’ve seen that he cannot do well.”

The Yellow Jackets have done plenty of good things as well, including having a young defense grow up quickly.

“We have a brandnew front four, a new linebacker and two new starters in the secondary, but those guys have played really well,” Johns said. “They understand what we expect of them: don’t try to do too much, and they play hard.” 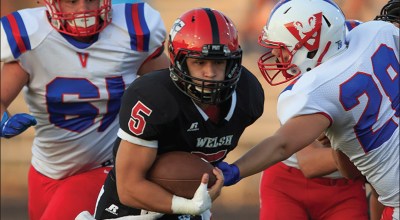 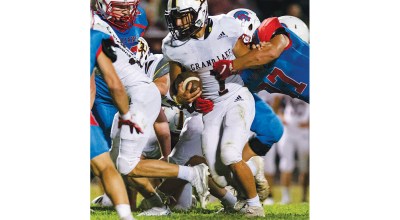 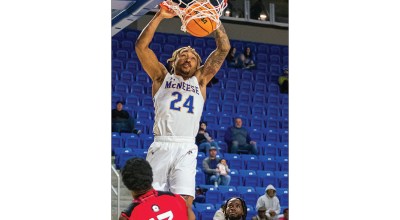 Looking ahead to basketball season, Cowboys revamp with newcomers

Scooter Hobbs column: No risk, no reward in pass game