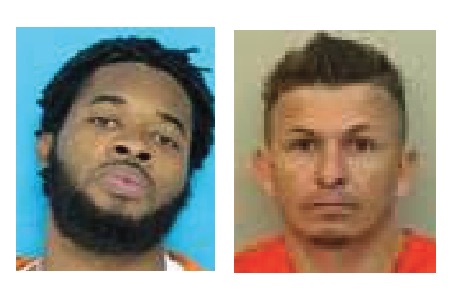 Two people have been arrested in a Saturday morning double homicide that happened in the 2700 block of General Patton Street.

Fondel said the homicides were part of a narcotics transaction.

He said lab results from evidence processed at the scene led to an arrest warrant for 30-year-old Antonio Devon Hadnot of Lake Charles.

Hadnot was located Tuesday morning at a residence in the 4200 block of Luke Powers Road. He was arrested and taken into custody by the Lake Charles Police Department SWAT Team without incident.

He is charged with two counts of first-degree murder. Judge Tony Fazzio set his bond at $1.2 million total on both counts.

Marvin Antonio Portillo Cobos, 35, also of Honduras, was arrested on charges of failure to report the commission of certain felonies. Fazzio set his bond at $25,000.

The investigation is ongoing. Lead investigators are Sgt. Willie Fontenot and Sgt. Hope Sanders. Anyone with additional information is asked to call 491-1311.