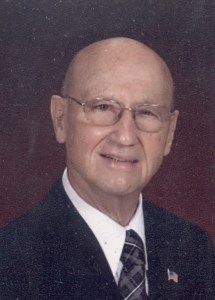 He was born on December 22, 1927 in Oak Hill, West Virginia to Worth Wynne and Freda Forbes Boisture. He attended Bluefield College and transferred to Virginia Polytechnic Institute, now known at Virginia Tech, where he completed his Bachelor of Science degree in Building Construction. He and his bride, Lela Frances Eason, moved to New Orleans to begin his construction career. That career took them across the state to Baton Rouge, Lake Charles and finally Jennings, Louisiana where he owned and operated Sentry Buildings and Components for many years.

He was an active member of the Jennings Methodist Church from 1965-2021. He served his church in many roles including serving on various committees, the church choir, and the lay ministry. He demonstrated his faith through words and deeds every day always encouraging others to seek a relationship with Jesus Christ.

He was a devoted husband and father. He was the perfect “girl dad” long before that was fashionable. He didn’t miss a recital, band performance, choral show, parents’ weekend, or any other event. He was not only a spectator but involved in supporting his “girls” including Fran to achieve their dreams. He continued his loving support to his grandchildren Lindsey, Rich, Andrew and Ryan by providing encouragement, wise counsel and an example of a life well lived.

His work ethic shone through all he did. His commitment to excellence set the tone for his business success. If he was given a job, it would be done well.

He loved the arts. One of his greatest pleasures was to serve on the board of the Ziglar Art Museum for many years. He supported the local arts community in many ways so that area citizens could have access to plays, concerts, movies and other activities throughout the year.

The family would like to thank his kind and compassionate caregivers Gloria Abraham, Inez Henry, Kristy Dunn, Kaylee Lalonde, Barbara Williams, Dutches Griffith, Tawney Melancon, Rosemary Eaves and the staff of Home Instead Senior Care, the staff from Christus Hospice and Palliative Care and those from Louisiana Hospice, and Dr. Ricky Edwards of Edwards Family Medicine.

Words of comfort may be expressed to the family at www.miguezfuneralhome.com