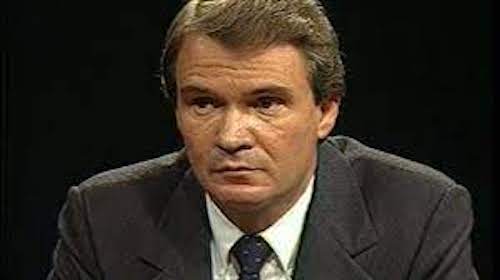 Former U.S. Sen. John Breaux was a moderate congressman for over 30 years. c-span.org

Moderates are becoming a rare breed in national and state politics, and that’s unfortunate. A number of them have left Congress and some members of the Louisiana Legislature have also thrown in the towel.

One of the reasons Congress is almost paralyzed at the moment is the fact that Democrats and Republicans are equally divided and there aren’t enough moderates to make a difference.

Atlantic magazine in a 2014 article explained who moderates are in a story titled, “Moderates: Who Are They, and What Do They Want?”

Moderates, according to a poll at the time, “aren’t tuned-out or ill-informed, but they tend to see both sides of complex issues,” want government to do more and believe in  compromise.

Former U.S. Sen. John Breaux, who represented Louisiana and this corner of the state in the U.S. House for over 30 years, was described as a conservative Democrat. However, he fit the moderate description extremely well.

When Republicans in Congress needed Democratic votes, they often got help from Breaux. He voted for welfare reform and the balanced budget amendment, supported the tax policies of the late-President George H.W. Bush and voted to confirm conservative Clarence Thomas to the U.S. Supreme Court.

Although they are Republicans, two former outstanding members of the Louisiana House fit the moderate mold well. Julie Stokes of Kenner and Chris Broadwater of Hammond left the Legislature before their time.

Both listed other reasons for leaving, but there appeared to be little doubt that they were frustrated with their inability to help bring about tax and other reforms that were long overdue.

Stokes has since founded Ellevate Louisiana, a state policy group, and Broadwater is vice president for workforce policy with the Louisiana Community Technical College System. Both are using their talents in places where they can get things done.

Former state Rep. Mike Danahay, who is now the mayor of Sulphur and also getting things done, like Breaux, is a moderate Democrat. As a member of the House, Danahay helped institute reforms in the state civil service system and set up a better system for appointing parish registrars of voters.

Republicans are now in firm control of both houses of the Louisiana Legislature, and that has diminished the role of most Democrats.

Something Breaux said when he retired from Congress made it clear he was one of the U.S. Senate’s moderates. Robert Mann, in his memoir “Backrooms and Bayous,” quoted Breaux.

“Throughout my years in Congress, I have been guided by a simple philosophy to make government work for everyone,” Breaux said. “My sincere hope is that future Congresses will be able to pursue the center-out coalitions that I advocated.

“It is my hope that cooperation and legitimate compromise between our political parties will not be seen as political failure but as a means of building a stronger democracy that serves our nation.”

Mann said of Breaux, “He was as dedicated to the principles of bipartisan progress as anyone I’ve ever known. By 2003, many of the moderate Republicans and Democrats who were allies during his first two Senate terms were gone, replaced by more partisan politicians.

“To some of those committed liberals and conservatives, ‘compromise’ was a dirty word.  Breaux detested the partisanship that infected Congress, and he knew that a fourth term would be even more frustrating than his third.”

What Breaux expected is exactly what has happened, as Mann explained: “Today, it’s clear Breaux’s ‘sincere hope’ was only a dream. Our parties are farther apart and less cooperative than ever. Few leaders like Breaux are left.”

The inability of Republicans and Democrats to work together for the good of the country and our democracy was evident as far back as 2007. Breaux and former U.S. Sen. J. Bennett Johnston, D-La., talked about it when they spoke at a McLeod Lecture Series in Lake Charles.

Members of Congress used to meet and eat together, but didn’t at that time, the two men said. They fly home on Thursdays and return to Washington on Mondays, they said, seldom getting to know one another well.

Johnston said, “No member would campaign against another member of our delegation in those days. Today, we hope they don’t shoot one another.”

Republican U.S. Sen. Bill Cassidy of Baton Rouge is perhaps one of the rare moderates still in Congress. His vote to impeach former President Donald Trump hasn’t endeared him to the state’s Trump supporters, but he hasn’t let that stop his effort to make government work for the people he represents.

That takes political courage that is rare these days in the nation’s capital.