Cat-astrophe: Orgeron’s seat gets hotter with loss to unbeaten Kentucky 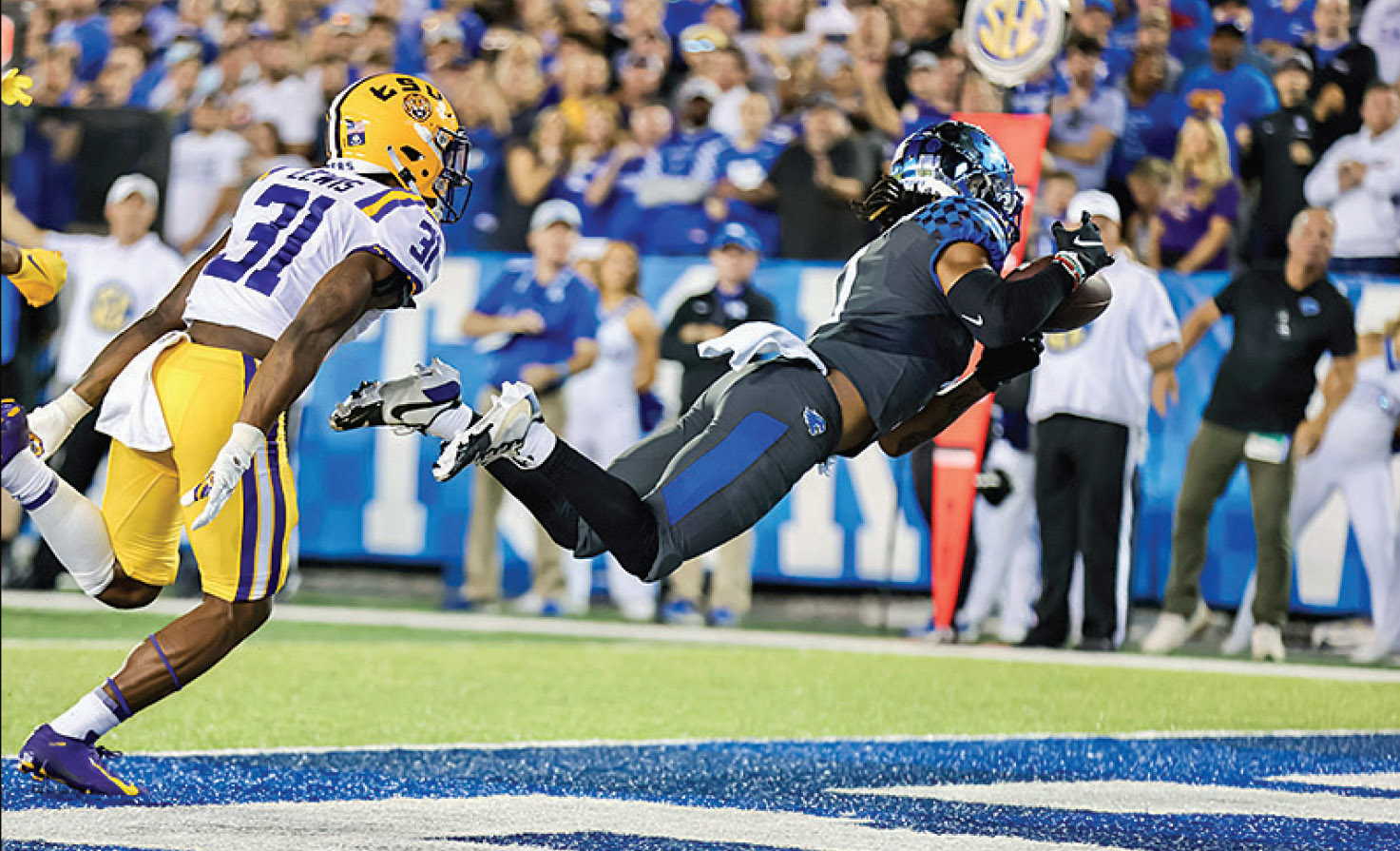 Receiver Wan’dale Robinson makes the diving 11-yard touchdown reception in the first quarter to give Kentucky a 14-0 lead as LSU safety Cameron Lewis defends Saturday in Lexington, Ky . Robinson made eight catches for 60 yards. (Special to the American Press)

LEXINGTON, Ky. — Will Levis threw for three touchdowns and ran for two more scores and No. 16 Kentucky dominated LSU throughout in a 42-21 blowout Saturday.

The Wildcats have their first 6-0 start since 1950, improved to 4-0 in the Southeastern Conference and earned a second consecutive win over a conference heavyweight. Kentucky beat then-No. 10 Florida 20-13 last week. Their biggest challenge looms at No. 2 Georgia next week in an East Division showdown, and they’ll enter with their best performance since the season opener.

Levis had a huge hand in that, with the quarterback bouncing back from a lackluster stretch to account for three second-half scores alone as Kentucky pulled away to a 35-7 lead early in the fourth quarter. The Penn State transfer sandwiched TD passes of 25, 11 and 3 yards between rushing scores of 5 and 1 yards as the Wildcats out gained the Tigers 475-408, though much of LSU’s yardage came after the game was out of reach.

Levis finished 14 of 17 passing for 145 yards. Chris Rodriguez Jr. rushed for 147 yards and a touchdown on 16 carries as the Wildcats outrushed LSU 330-147, its second-highest total.

“You could tell early on he had confidence,” Kentucky head coach Mark Stoops said about Levis.

Of the punishing ground game, the coach added, “When you rush for 330 yards, that gets them off balance and the play-action gets going.”

LSU (3-3, 1-2) sought to rebound from last week’s 24-19 loss to No. 18 Auburn. Instead, the Tigers played catch-up and by the time Tyrion Davis-Price rushed for the first of two TDs midway through the third quarter, the Tigers trailed 21-0.

Kentucky answered with two more scores to pad its lead.

Davis-Price rushed for 147 yards on 22 carries, while quarterback Max Johnson completed 22 of 38 passes for 261 yards and a 41-yard TD to Malik Nabers.

LSU also lost a couple of key players during the game. Star receiver Kayshon Boutte, who entered leading the nation with nine TD receptions, left the field on a cart after injuring his leg in the fourth quarter. Defensive end Ali Gaye sustained a leg injury, though LSU head coach Ed Orgeron said both players had to be evaluated.

Kentucky stands to rise a few spots after another SEC victory.

LSU: Social media speculation about Orgeron’s future began before halftime of a game and is certain to increase in which they were dominated on both sides of the ball. A lost fumble on the opening drive set up one Kentucky touchdown before LSU turned it over on downs to set up another TD and a hole it never came close to climbing from.

Kentucky: After several games of relying on its defense to preserve slim leads, Levis and the Wildcats offense carried the load. The defense did its part by keeping Johnson and Boutte from doing damage, recording four sacks and nine tackles for loss. Not bad for a squad that played without nose guard Marquan McCall and receiver Josh Ali, both starters, because of injuries.

“We came in with a game plan after a big win the week before and wanted to set the tone,” linebacker DeAndre Square said.

LSU: Hosts No. 20 Florida on Saturday.

Kentucky: At No. 2 Georgia on Saturday. 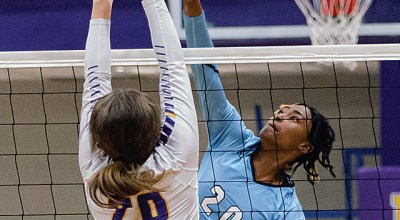 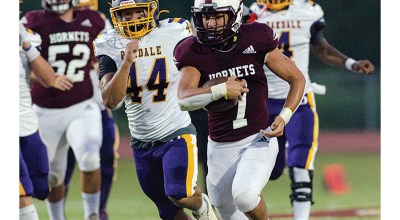 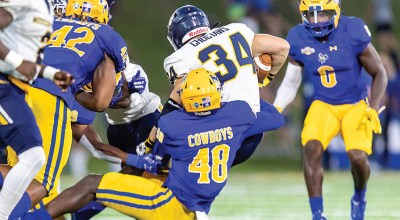