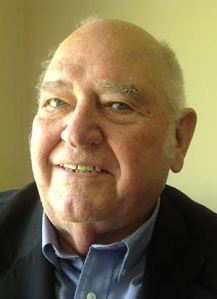 Charlie was born and raised in Waco, Texas. After high school, he moved to Austin, Texas where he attend the University of Texas and met his late wife, Cynthia. After receiving his Ph.D. from UT in 1969, he and his family moved to Monroe, La. where he was a professor at The University of Louisiana at Monroe. In 1984, Charlie moved to Lake Charles where he was a professor at McNeese University until his retirement in the 1990’s. During his tenure at McNeese, Charlie served as Dean of the College of Business and was instrumental in the success of the McNeese College of Business becoming accredited.

After his retirement, Charlie continued to be a highly sought after Economist and professional witness. Attorneys throughout Louisiana and Texas sought after Charlie because of the credibility of his opinions and the unwavering testimony on the witness stand. Charlie remained actively preparing cases up until his death.

The family wishes to give a special thanks to Tremane Mingo, Charlie’s loving and loyal caregiver. The family also extends its heartfelt appreciation to the staff at Harbor Hospice for their compassion and dedication to the service of others.

Charlie’s funeral service will be held at 11:30 a.m. on Tuesday, Oct. 12, 2021 at University Baptist Church, located at 4505 Lake Street. The Rev. Chandler Willis will officiate. Visitation will be at the church on Tuesday morning from 9:30 a.m. until the start of the service at 11:30 a.m.

Cremation was entrusted to Johnson Funeral Home of Lake Charles.