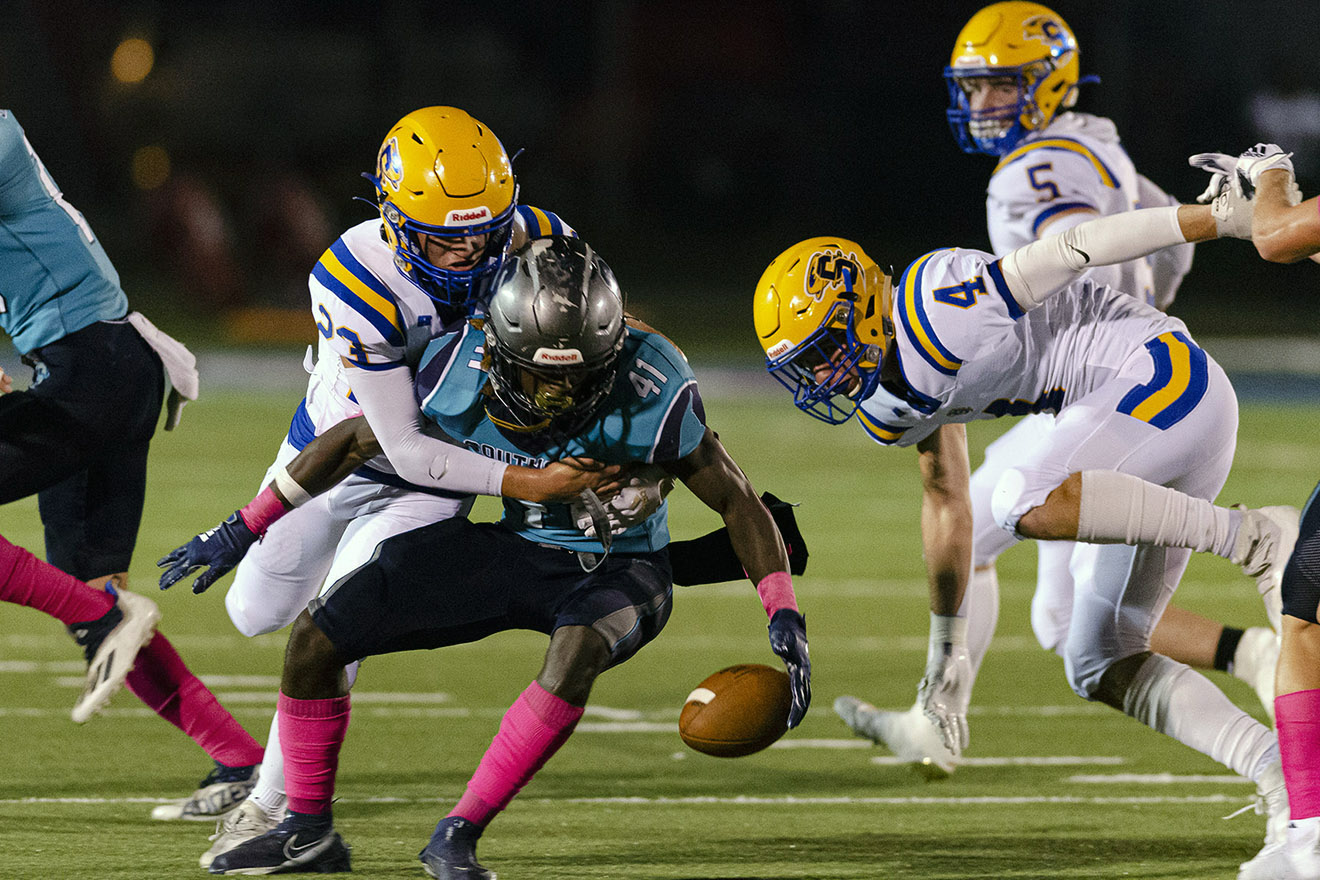 LAFAYETTE — There were almost as many turnovers as touchdowns Thursday in a District 3-5A battle between Sulphur and Southside.

Sulphur forced four turnovers, but Southside made the most of their opportunities to win 34-21 at Teurlings Catholic High School.

“We didn’t take advantage of some things offensively,” Sulphur head coach Chris Towery said. “The defense played well, and in the second half we came out with a little renewed effort to run the ball and I thought we ran the ball well.

“We changed the tables on them and got up on them. But the consistency thing with us is probably the biggest thing right now. That is a matter of youth and it is just up and down. Our defense was on the field too much in the first half, and that is on the offense.”

The Tors will look to rebound as they play three of their final four games at home starting with Comeaux next week at Matt Walker Memorial Stadium.

“We have to go play and take it week by week,” Towery said. “We can compete with everybody in our district that is left. It is just a matter of how we want to come out. These guys sometimes, you have to crawl into them to go play.”

Sulphur opened the second half strong with a 60-yard drive to take a 14-13 lead on a 17-yard run by quarterback Gage Trahan and forced its fourth fumble of the game when Landon Arrant recovered one with 5:33 left in the third quarter. But then the turnover bug that hit the Sharks (3-3, 2-1) in the first half switched to the Tors, who lost the ball on consecutive possessions.

Jake Held’s interception set up Vernel Joseph’s 41-yard run to put Southside back on top with 3:28 left in the third quarter.

The Tors’ next possession turned into a two-score lead for Southside when Jaylen Jones stripped the ball on what would have been a first-down play and ran it back 44 yards for a 27-14 lead.

“The first-down run right there, and then they just took it out of his hands,” Towery said. “He was swinging the ball out there, which is not what we teach, but we will be all right. The process is a long way from over. This thing ain’t going to be fixed that fast. But we are competing. Two years ago, they would have shut it down. We took that last drive, didn’t quit and drove it right down the field.”

Sulphur struggled to move the ball consistently against Southside in the first half and was out gained 185-93. The defense created chances on two muffed punts and a forced fumble that were recovered by George Buoni, Keagan Trimm and Khol Navarre, capitalizing on one.

With 6:27 left in the first quarter, the Tors got the ball back on Trimm’s fumble recovery and marched 53 yards in nine plays to take a 7-0 lead on a 22-yard pass from Trahan to Kaden Blalock.

Southside quarterback Landon Baptiste controlled the rest of the first half, leading the Sharks on a pair of scoring drives. Baptiste scored on a 63-yard run at the end of the first quarter and added a 37-yard scoring pass to Dylan Sonnier for a 13-7 lead with 8:07 left in the second quarter.

“They are big,” Towery said of Southside’s defense. “That is probably the biggest defensive front in the district, next to Acadiana.

“We had some things, but we just have to maintain some things. Hats off to them, they did a good job. It is a good football team.”