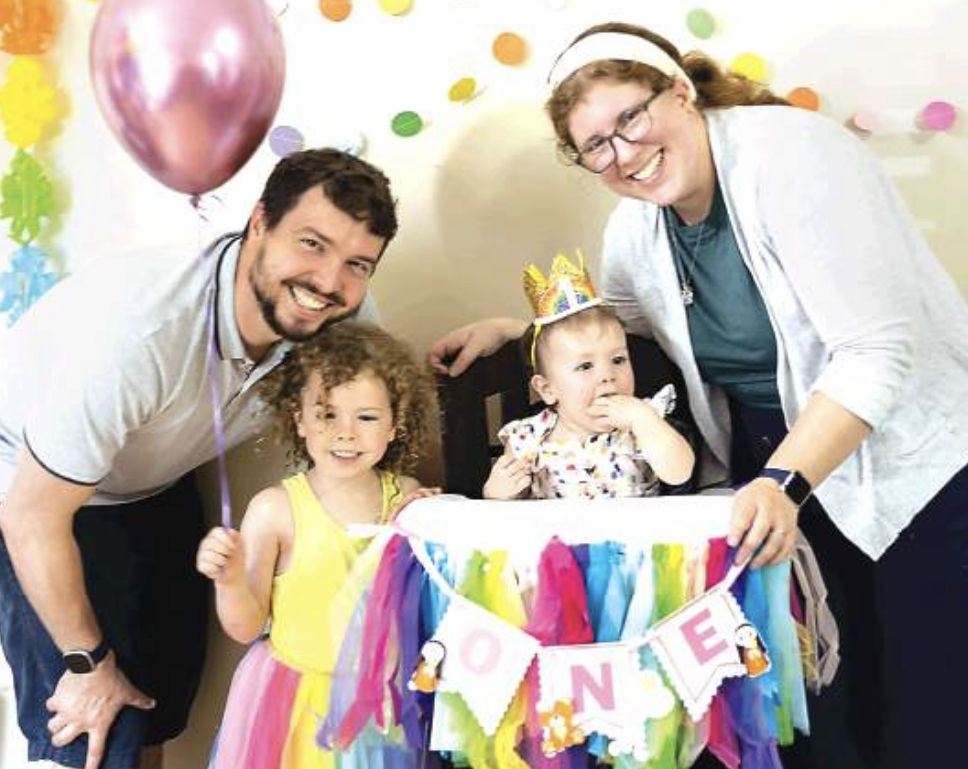 Thomas McGrady, a biology teacher at Lake Charles College Prep, didn’t expect to find himself in the classroom teaching but certainly loves the job.

“It’s been the best job I never thought I’d have,” he said.

The Pennsylvania native moved to Lake Charles in 2015 and took a position as the campus minister at St. Louis Catholic High School. As his family began to grow with the birth of his first daughter, he knew it was time for a transition.

“Father Mancuso reached out to me and he said, ‘We need passionate adults who care about young people and want to empower and equip them for the next step.’ I was like sign me up!”

McGrady has spent the last five years teaching biology and loves seeing how his college major, ministry experience and profession all come together each day.

“I was able to carry over the skill set and the experiences I had working in ministry for seven years. Those experiences have been invaluable in terms of connecting with young people, seeing the child behind the student sitting there with all their baggage and scars.”

“I love teaching students to value process over perfection and progress over performance, the grind of helping the students enter into an investigation or some new form of leaning.”

In the same sense, however, the learning process and desire to achieve can create a “rat race” which McGrady said he hates to see students unknowingly enter into. “I see so many students who place so much value and identity into their GPA. While I understand grades are important, that shouldn’t be the first thing. The first thing should be understanding and growing, learning for the sake of learning rather than to get the grade,” he said.

“I wish our kids and students understood that a kid scratching and clawing to get a C is in some ways going to be much better equipped in their early and late 20s for success, because they know what it means to grind, to struggle, to keep at something and persevere.”

McGrady’s college major of biology prepared him for the content side of teaching, he said, but without the many mentors who modeled excellence and encouraged him along the way he would not be where he is. He credited Mancuso, Lionel Thierry, assistant principal, Shanice Williams, principal, Pam Strobel, behavior interventionist and Marve Sevier, former administrator, as some of his biggest influences on the LCCP campus.

Speaking of Sevier, he said, “I don’t think I would’ve survived with her. Her kind and soft heart helped me survive that first year of teaching because it truly is survival.”

He also credited his own high school teachers as major influences. “Seeing the way they were able to deliver content, but more importantly, push their students and push them beyond what they thought they were capable of….I just wanted to be an amalgam of all the teachers I’ve loved,” he said.

McGrady’s mother, a 25-plus year veteran teacher, showed him from a young age the true gift and strength it takes to excel in the classroom, he added. “Watching her care for each student individually, so passionately and so purposefully in that every kid learns differently and every kid deserves a chance to learn differently. Plus, the countless hours of prep she put in. She modeled what it takes to be a teacher. It’s not just the 50 minutes bell to bell, but how you prepare.”

While strong mentors go along way in professional growth, McGrady was quick to add that campus culture is also a major contributing factor in professional success. Speaking of LCCP, he said, “The growth of that school, the freedom they’ve given me to make mistakes and the encouragement to keep going…I couldn’t be more grateful.”

“When you’re at a school where the culture is founded on the fact that every is invested in everyone else’s success, it’s a game changer.”

When he’s not in the classroom, McGrady values spending time with his two daughters and wife.