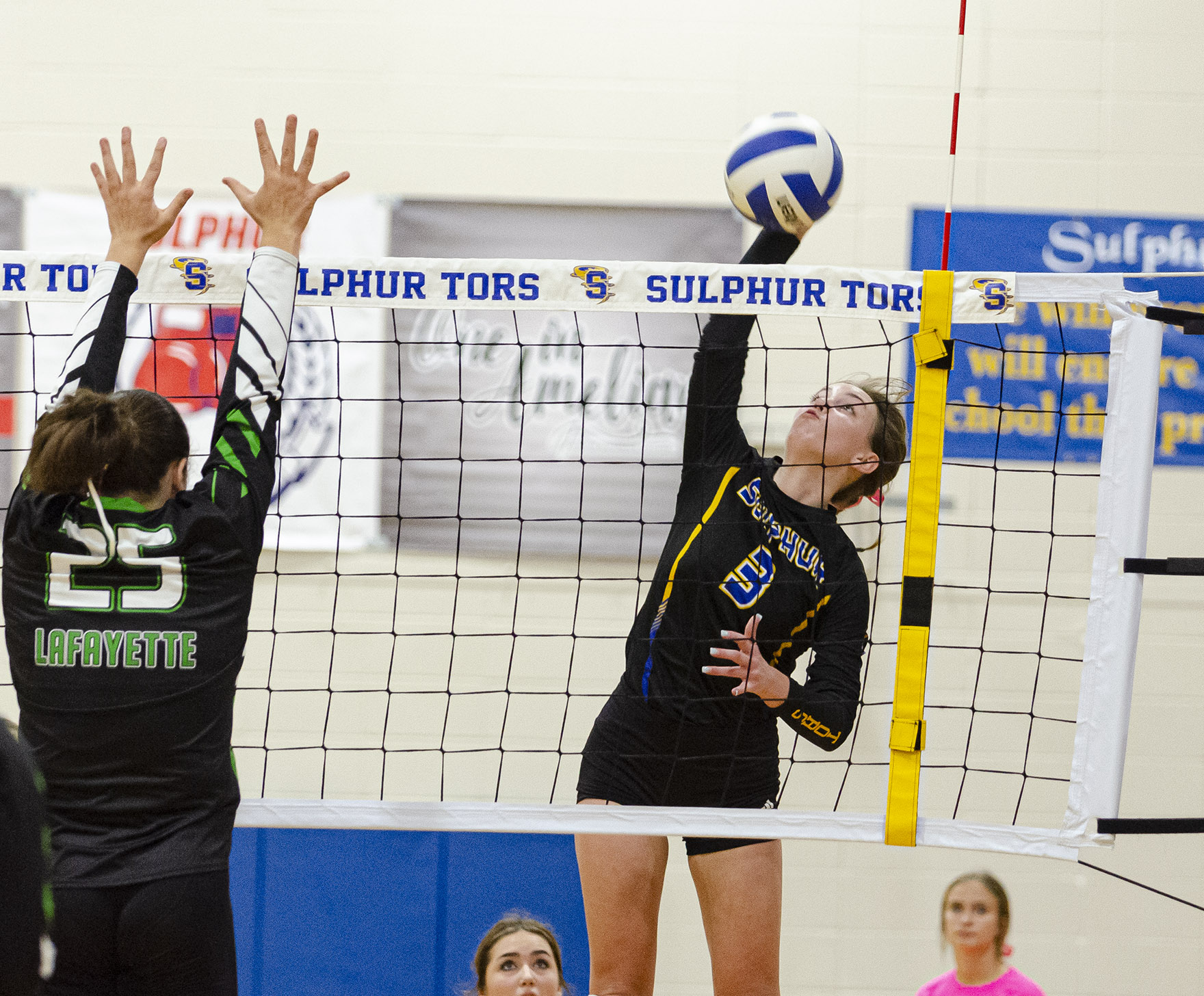 SULPHUR — After two weeks on the road and some early struggles, Sulphur opened defense of its Division I, District 2 volleyball title with a straight-set sweep of Lafayette Tuesday evening, 25-21, 25-13, 25-15.

“We were a little shaky,” Sulphur head coach Bridget Coppels admitted. “I think just the thought of starting district sometimes will make you nervous because district is a big deal.

“We had not played at home in a while. I was proud of us for finishing that first set off then coming back set two and three and really dominating.”

“We started double blocking her and served harder so they couldn’t get her the ball,” Coppels said. “(Blackwell) is a really good player.”

Keelie Seaford and Finli Dennis, who double as setters and middle hitters in the Tors’ 6-2 offense, helped fuel the rally. Seaford had backto-back kills to start it, and Dennis capped the set with a kill. Seaford had 15 assists, six kills and six digs.

“I think (Seaford) is doing a great job in the middle, and she gets to play somewhere she doesn’t normally, and I think that is great,” Coppels said. “She is a good leader.

“Our team is doing a good job at wherever we put them. They are just going out there and doing the best job they can.”

“We just threw her in there one day,” Coppels said of Dennis. “She had one day of practice, and we went to a game and ‘Hey Fin, you are going to set.’

“She gets better every single game. She is a great leader as well. I am very proud of her stepping up and doing this.”

The Tors trailed briefly in the second set but started to pull away on two kills each from Dennis, Claire Weidner and Kendall Judge and a pair of aces from Richard. Judge had seven kills.

“I am really pleased with how we played,” Coppels said. “I thought we spread out the offense pretty well, and everyone contributed when it was their time.

“I thought our serve-receive was great for the most part. I am really proud of these kids.”

Unbeaten Rams won’t sneak up on Blazers, only team…