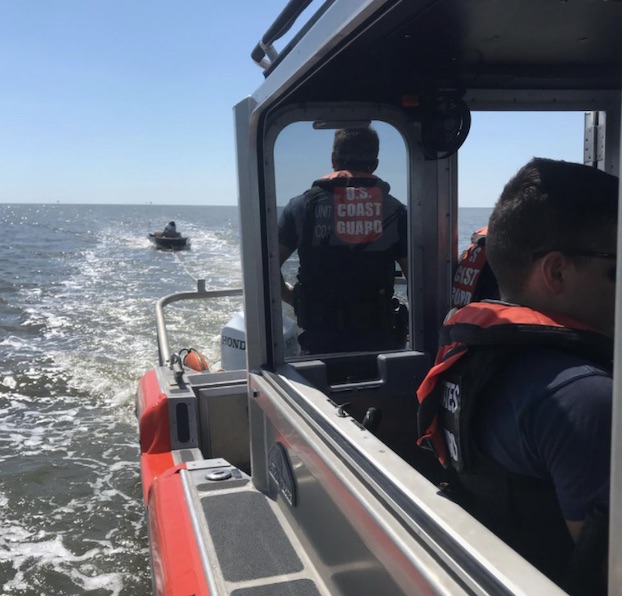 The Coast Guard assisted a boater aboard a disabled vessel Tuesday morning near the Mermentau Jetties in Lake Charles.

The Coast Guard Sector Houston-Galveston command center said it received a notification at 11:53 a.m. from a 69-year-old boater aboard a disabled 16-foot center console stating the seas were picking up and he was in fear of capsizing.

The RB–S crew arrived on scene, placed the vessel in tow, and transported the boater to Grand Chenier Park.

No injuries were reported.